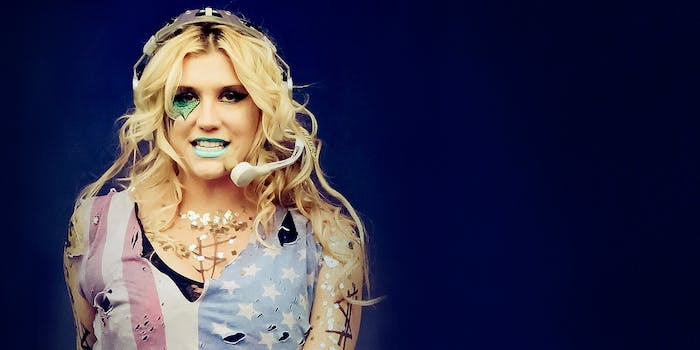 Presiding Justice Shirley Kornreich noted that Kesha’s contract was 'typical for the industry.'

Sony may have a Manhattan judge’s approval to bind Kesha to her recording contract for now, but undermining the pop star’s efforts to leave a Sony producer, whom she has accused of rape, has ignited a social media war against the company.

Kesha Rose Sebert’s efforts to distance herself from Sony songwriter-producer Lukasz Gottwald, a.k.a. “Dr. Luke,” suffered a major setback on Friday when a Manhattan judge refused to sign off on a preliminary injunction allowing the 28-year-old singer to record outside Gottwald’s studio.

“My instinct is to do the commercially reasonable thing.”

Kesha has accused Gottwald of drugging and raping her a decade ago when she was 18 and newly signed to his label, Kemosabe Records, which is now under Sony’s umbrella. Gottwald, who has worked with numerous pop stars, including Miley Cyrus, Britney Spears, and Rihanna, denies the allegations. Further, he has accused Kesha of manufacturing the allegations in an attempt to extricate herself from a legally binding contract.

Presiding Justice Shirley Kornreich noted that Kesha’s contract had been “heavily negotiated” and was “typical for the industry.” She additionally heard that Gottwald had offered to allow Kesha to record without his involvement. Kornreich said that alone “decimated” the arguments of Kesha’s attorney, Mark Geragos, who in turn argued the offer was “illusory,” since the company would, he said, neglect to promote her record.

“My instinct is to do the commercially reasonable thing,” said Kornreich, who cited a lack of medical evidence to support Kesha’s claims. “I don’t understand why I have to take the extraordinary measure of granting an injunction,” she added.

The ruling, which left Kesha and many of her fans outside the courtroom in tears, did not go over well online. For its part, Sony has filed a motion to dismiss Kesha’s suit against Gottwald; that decision led to a flood of accusations on Twitter that Sony “supports rape” and “rape culture.”

Sony Music is a disgusting corrupt industry that supports rape.

Throughout the hearing, the hashtag #FreeKesha trended in New York City and across the county.

Kornreich did not grant the dueling motions to dismiss Kesha’s case on Friday, meaning the case has not been fully settled. The artist may be given the opportunity to amend her counterclaim, according to the Hollywood Reporter, to clear up some of the “vagueness” in her stated allegations against Gottwald.

Sony has routinely declined to address the ongoing litigation via social media and when reached for comment by the Daily Dot.