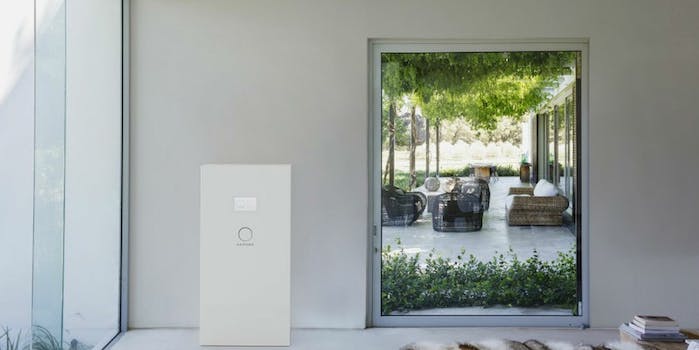 The island's entire power grid was taken offline in mid-September.

Sonnen Gmhb, a German provider of home energy, is sending renewable power storage systems to Puerto Rico after the island’s infrastructure was devastated by a category 4 hurricane.

The company plans to outfit at least 15 emergency relief centers in Puerto Rico with its energy storage solution. It began delivering the systems last week and wants to deliver one shipment each week after the island’s ports reopen.

The entire energy grid in Puerto Rico was taken offline when Hurricane Maria swept through the tiny commonwealth on Sept. 20. Government officials say it will take four to six months before residents get their power back. This prompted companies working on microgrids, or small-scale systems that use renewable energy, to take action. On Oct. 1, EV giant Tesla said it would send hundreds of Powerwall batteries to restore energy to a few homes at a time.

Sonnen sold more than 20 storage systems in Puerto Rico in the past year and now has 90 more orders on the way. The company will donate a portion of its profits from sales on the island to create 35 more microgrids. It expects the first microgrids to go live in less than a month.

“It is our duty to stand firmly with the people of Puerto Rico and do everything possible to help start the rebuilding process,” Sonnen CEO Christoph Ostermann said in a statement. “There is a clear connection between our mission to support humanity during a climate disaster and our mission to fight climate change.”