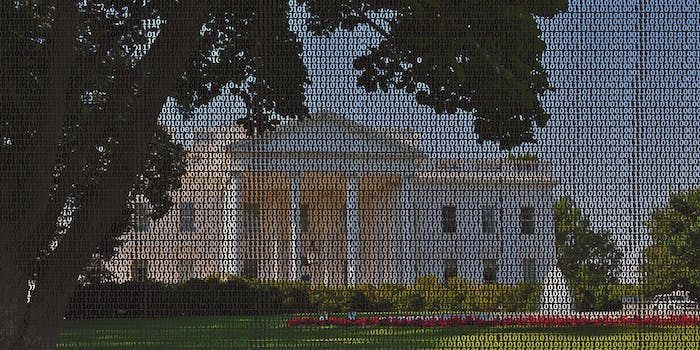 The move signals a major victory for privacy activists and critics.

The White House says it will end the government practice of keeping records on regular Americans’ phone calls.

Administration officials have told the New York Times, and confirmed to the Daily Dot, that the White House believes its plan can fully end collecting that data in bulk without hampering national security investigations.

The program, carried out by the National Security Agency, was completely hidden from public view for its post-9/11 existence until June 2013, when former NSA systems analyst Edward Snowden fled the country to share agency documents with journalists. Also referred to as the Section 215 program, after the portion of the Patriot Act that provides its legal basis, it stores Americans’ phone metadata (call times, lengths, who calls who), just not the contents of the calls.

While documents he provided would later show the NSA to have far more ostentatious programs—the ability to track Internet communications in real time, agents infiltrating World of Warcraft—the phone data program is in some ways the NSA’s hallmark program. It was the first program revealed to the public, the only one known to retain information on huge numbers of Americans, and is of questionable constitutionality. Studies have shown it’s not very effective at aiding terror investigations, and Pew studies have shown that Americans continually disapprove of the program.

Instead of getting bulk phone data from phone companies via a court order from the secretive Foreign Intelligence Surveillance Court (FISC), the NSA would now need a court order for every phone number it wants to track, only applicable once it gets that order. That would mean that phone companies would not be forced to hold phone data longer than previously required.

Of course, this proposal still requires congressional approval. While it likely wouldn’t face much opposition from supporters of the massive NSA overhaul bill called the USA Freedom Act, the White House specifically mentioned needing to work with House Intelligence Committee.

Or, to put it another way: The NSA quickly applauded the House Intelligence Committee’s bill.