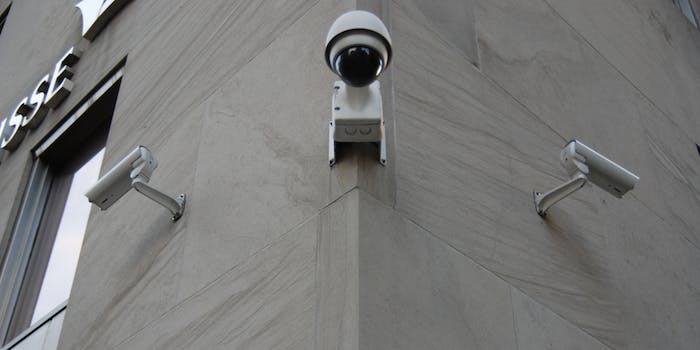 NSA leaks had no effect on terrorist tactics, report says

The critics may have to come up with a new way to criticize Snowden.

The revelations about National Security Agency (NSA) spying that have shaken the American intelligence establishment have not led extremist groups to adopt more secure communications technology, according to a report released today.

The findings cast doubt on claims made by some Obama administration officials and Republican lawmakers that the NSA leaks, orchestrated by former NSA analyst Edward Snowden, have made the government’s counterterrorism work more difficult.

“The underlying public encryption methods employed by online jihadists do not appear to have significantly changed since the emergence of Edward Snowden,” reads the summary of the report published by security firm Flashpoint Global Partners. “None of the prominent jihadi logistical units have expressed any public doubt as to the continued effectiveness of encryption methods employed in their software packages that were released prior to the Snowden leaks.”

The U.S. national security establishment has used the threat of increasingly protected terrorist chatter as a cudgel to demonize Snowden and the journalists who publish his documents.

NBC News flagged several of these allegations. On NBC’s Meet the Press, on January 19, Congressman Mike Rogers (R-Mich.), the chairman of the House Intelligence Commitee, said that “al Qaeda has changed the way they communicate based on” these leaks.

As early as June 25, 2013, less than a month after the leaks began, a U.S. intelligence official told CNN, “We can confirm we are seeing indications that several terrorist groups are in fact attempting to change their communications behaviors based specifically on what they are reading about our surveillance programs in the media.”

Flashpoint’s report suggests that these claims are overinflated, if not deliberately misleading.

“The actual release of new jihadi-themed encryption software packages, like ‘Asrar al-Dardashah,’ seems to have had a far more noticeable impact in terms of driving waves of interest in the subject of encryption among users of jihadi web forums than the publication of the Snowden NSA revelations in June 2013,” the report says.

“Asrar al-Dardashah” is the latest software package used by extremist groups, succeeding “Asrar al-Mujahideen.” The revised tool is the product of an entity calling itself the “Global Islamic Media Front,” or GIMF. According to Flashpoint, “Since its February 2013 release, the GIMF has never issued any statement that would call into question the continued effectiveness of ‘Asrar al-Dardashah.'”

A graph showing the number of mentions of the Arabic word for “encryption” reflects evidence that security-related discussions have declined since the sensitive documents that Snowden stole began appearing in major media outlets. “If it were indeed the case that jihadi development and adoption of encryption tools were accelerated by the Snowden revelations,” the Flashpoint researchers write, “we would expect see the exact opposite trend.”

Flashpoint concludes its analysis by underscoring a simple fact that people like Rep. Rogers regularly ignore: Terrorists have always known that the U.S. was looking for them.

“The Snowden revelations,” according to Flashpoint, “likely merely confirmed the suspicions of many of these actors, the more advanced of which were already making use of—and developing—secure communications software.”