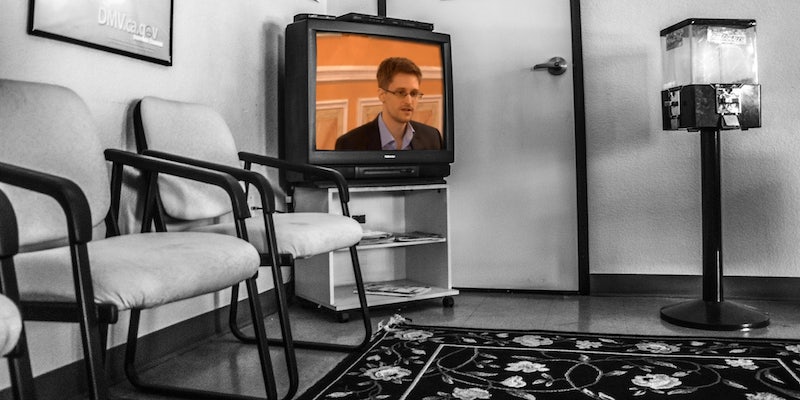 Snowden may go to Germany if Merkel can ensure his safety

Provided he can avoid extradition to the U.S., Snowden is game to help Germany invesigate NSA spying.

The letter revealed that Snowden is willing to assist Germany in investigating NSA spying, but has concerns about his precarious legal status if he were to leave Russia, where he has temporary asylum. It’s authenticity has since been confirmed by the Guardian.

“I have been invited to write to you regarding your investigation of mass surveillance,” Snowden wrote. “ I hope that when the difficulties of this humanitarian situation have been resolved, I will be able to cooperate in the responsible finding of fact regarding reports in the media.”

Snowden’s letter was read to the media by German politician Hans-Christian Ströbele, who met with the whistleblower in Moscow. As the Guardian later reported, the two apparently discussed the possibility of Snowden coming to Germany to aid authorities in their investigation of U.S. spying.

Of particular concern to German politicians is the revelation that the agency tapped the private phone of Merkel (though it was not the chancellor’s official state phone). Documents leaked by Snowden revealed the surveillance.

According to Ströbele, Snowden said he would prefer to testify before U.S. Congress, as opposed to the German Bundestag. The former scenario, however, seems unlikely.

As Snowden’s letter hints, he would need some sort of guarantee from the German government that the country wouldn’t comply with any extradition requests from the U.S. Further, according to Russian Prime Minister Vladimir Putin, Snowden’s asylum in Russia is contingent upon him not participating in any more acts that could damage the security of the U.S. government.

How likely is it that Germany will actually offer Snowden protection? It’s hard to say. But the Guardian has apparently seen a report by Germany’s Left party exploring whether or not the country could refuse to extradite him without violating any agreements with the U.S. The report said the government would have to show keeping Snowden in Germany was politically necessary.

Given that the investigation appears to center around the tapping of Merkel’s phone, Germany may have the justification it needs to hold on to Snowden. Whether or not Merkel will want to anger the U.S. is a different matter. According to the New York Times, the two once enjoyed a close friendship in their leadership positions. A year ago, President Barack Obama gave Merkel the Presidential Medal of Freedom and afterward had James Taylor play “You’ve Got a Friend” for the German chancellor in the Rose Garden.

Their relationship has since cooled, even before the revelations about NSA spying. However, the two are in the final stages of negotiating the Trans-Atlantic Trade and Investment Partnership between the U.S. and the European Union. Merkel would no doubt be hesitant to jeopardize those talks.