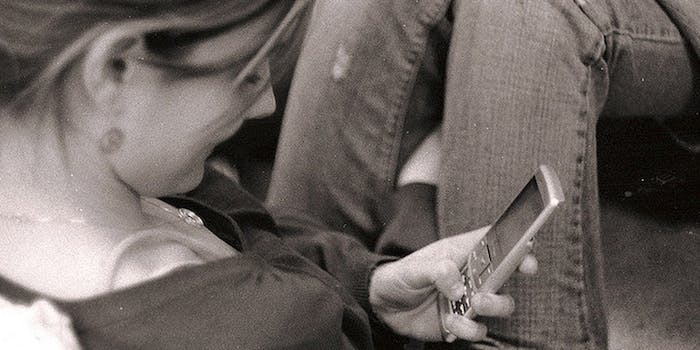 Privatext claims it uses end-to-end encryption so that nothing can be recovered and used against you.

Trying to hide your digital communications from the government? Or at least, from your nosy parents? Snapchat may have let you down, but a new app called Privatext promises it won’t screw you over.

Compared to Snapchat, which it’s been found has many, many loopholes to retrieving the sexts you thought were immediately deleted, Privatext claims it uses end-to-end encryption so that nothing can be recovered and used against you.

But wait, there are even more protections with Privatext. Before opening a message, you need two passwords. Messages, of course, can’t be saved or forwarded. Users also have PIN codes as “screen names” instead of Snapchat’s very helpful “first name, last name” situation. This makes sure only the people you contact know who you are.

The company claims the app is good to use for business and for saving credit card information, but we all know it’s going to be used for boobs real soon.

It’s a good effort. I give it 15 days before someone cracks Privatext wide open.