‘Add Nearby’ feature turns Snapchat into a hookup app

Snapchat just made a bunch of updates to its app that change the way people snap and share photos and videos with friends. Along with just tapping once to look at snaps and adding a selfie as your Snapchat profile photo, we’ve also now got the Snapchat Add Nearby friends feature, letting people find friends based on location instead of username.

The feature is pretty locked down—you’ll only show up on someone’s nearby friends list if you’re also logged into Snapchat with the nearby friends list open. You’ll show up on everyone’s list until you leave that screen. Your username will remain on the already-opened screens of friends, but no one else will be able to add you via location until you both open that menu again. 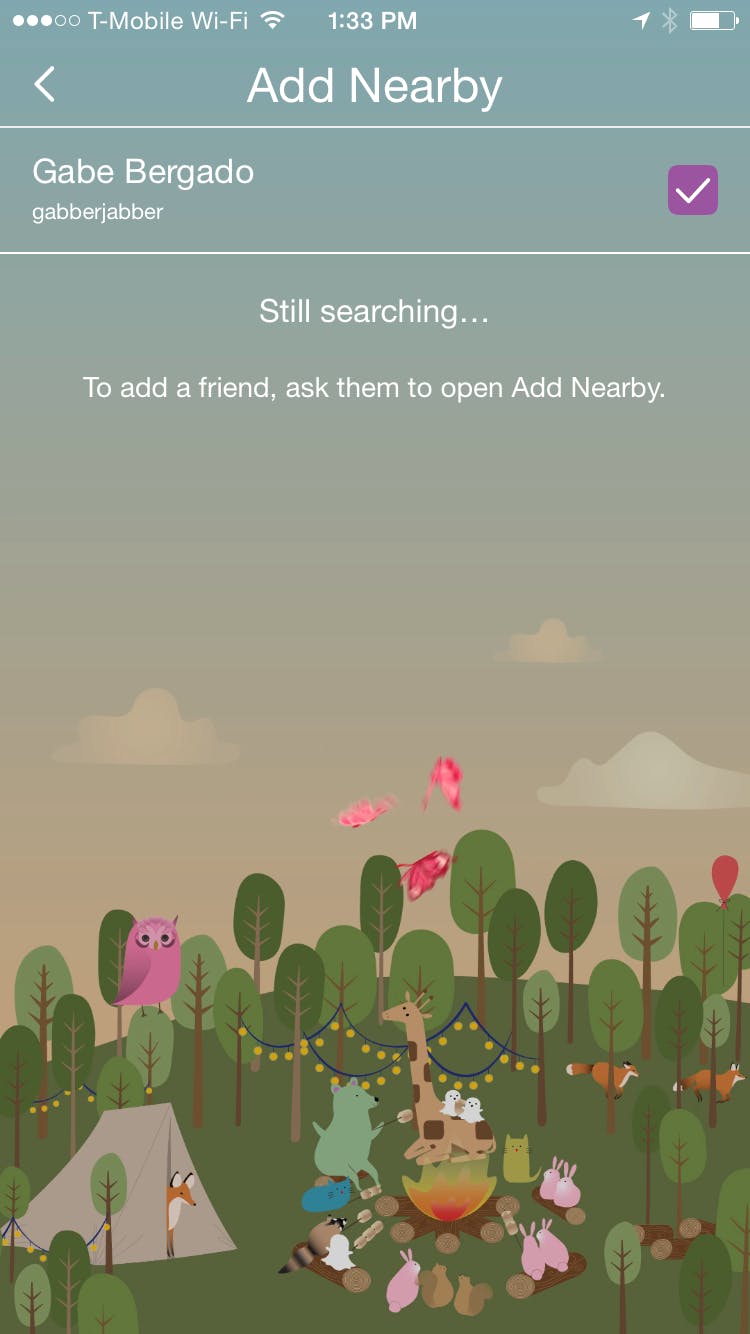 Social applications have tried to capitalize on ambient location sharing as a way for people to grow their communities and meet one another—dating apps like Grindr and Tinder match mates based on location, and even Facebook has attempted to convince people to share their location locations to meet up with other people.

Snapchat’s new update could prove to be useful for users wanting to connect with people on Snapchat they are surrounded by in real life. Imagine going to a bar or a concert with friends, and you periodically open Snapchat to see who else is doing the same—you would be guaranteed to be around people with similar interests and can add them as friends to continue the relationship once you leave the area.

Using Snapchat as a dating app is now theoretically possible, though it does require both people to be looking to add some friends or future dates to their contact lists. But if Add Nearby becomes popular as a gateway to romance, more and more people could be finding matches on Snapchat, away from traditional dating apps that encourage you to swipe right or left.

Because Snapchat doesn’t contain as much publicly personal information as Facebook or Tinder, the friends you are making based on location would only know what you choose to tell them.

The flipside of the convenience of adding friends with similar interests to your Snapchat is the creepy aspect of letting people you don’t know and don’t want to know have the ability to add you as a friend. Considering Snapchat is wildly popular among young people, it could potentially mean kids are constantly opening the feature at school or football games and bystanders who have no business connecting with children can add them as friends.

There’s no way to opt-out, though if you never open the menu, you’ll never appear on anyone’s list. Snapchat says the feature is designed to find friends within “the immediate vicinity,” so small locations like coffee shops or movie theaters.

To add nearby friends, simply tap the ghost at the top of your camera screen and click “Add Friends > Add Nearby.” If you’re in the same area as someone who has done the same, you’ll see a username appear on the list, and you can add them just like any other friend.

Photo via Jeffry/Flickr (CC BY 2.0) | Remix by Max Fleishman