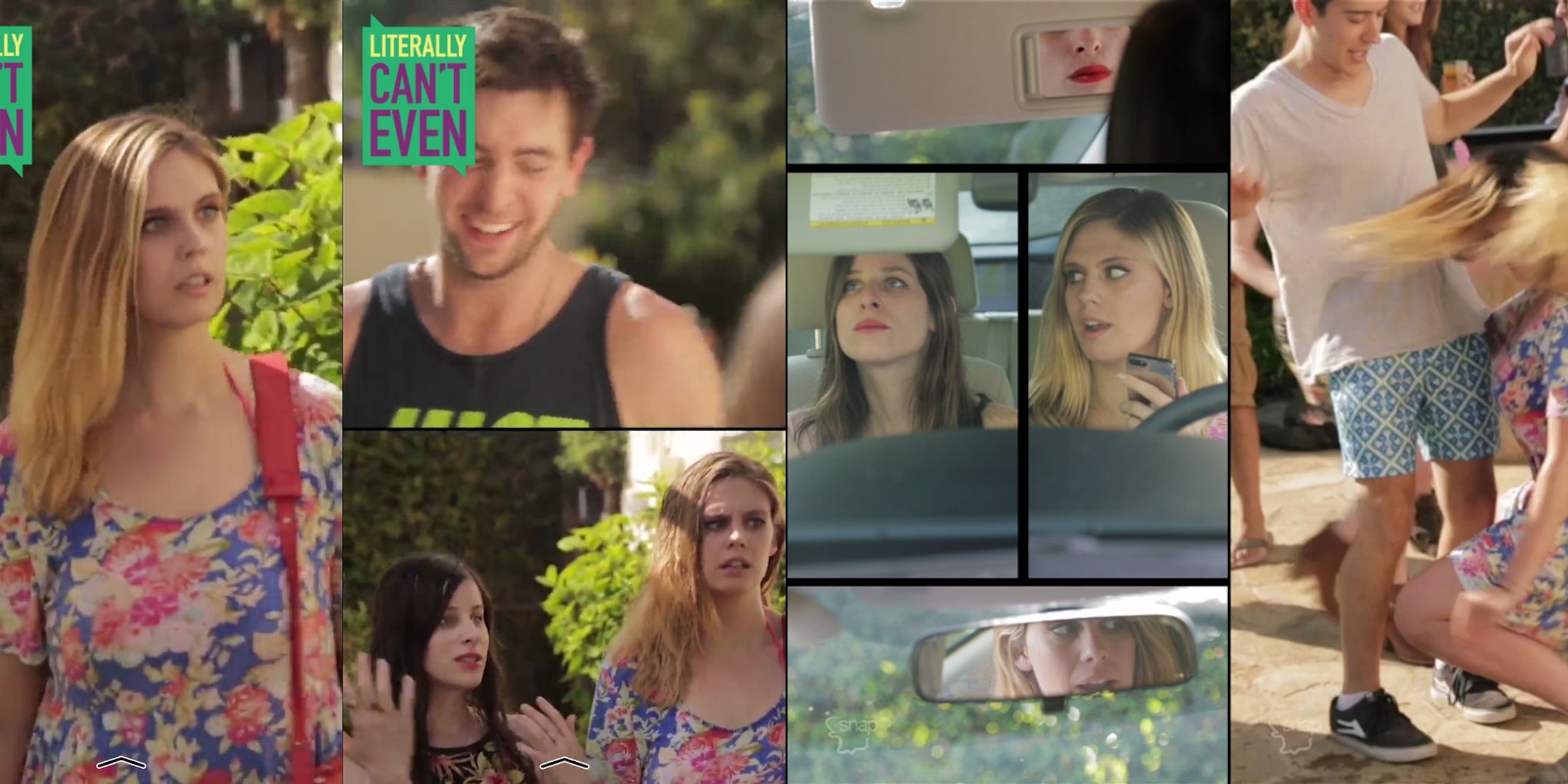 Snapchat, what were you thinking?

I gave it a shot, I really did. But Snapchat’s new original programming Literally Can’t Even is, as the kids these days say, “Total garb.”

Snapchat, too, debuted its own show: Literally Can’t Even is a fictional series based around two young women in Los Angeles, embarking on a “series of misadventures.” Sasha Spielberg (daughter of director Steven Spielberg) and Emily Goldwyn (daughter of producer John Goldwyn) both write and star in the under-five-minute films. In the true Snapchat spirit, the video disappears after 24 hours, and a new one will be released each Saturday.

Literally Can’t Even follows Spielberg, who is reeling from a breakup, and Goldwyn, who is on a serious body cleanse. So serious she can’t even drink alcohol, and like, OMG, it’s so hard.

“All I have to do is pretend I’m drunk and everyone is obsessed with me,” she tells the very supportive Spielberg.

The episode climaxes when some dude named Xavier, who Spielberg is just totes not into, tries to save her after she jumps into a pool and inexplicably hides under a raft.

Xavier gives her “mouth-to-mouth,” after which he says: “I got to first base! With a girl!”

The actual video quality production is decent, and the split-screen footage makes it more enjoyable to view on a vertical screen. But as far as the acting and writing go, it’s hard to watch. It seems like the writers were trying to go for Broad City, but instead got the 28th season of the Real World, bubbling with millennial stereotypes.

I found myself wondering: Is this a meta-critique on the Snapchat generation? Is it so high-brow that I just don’t understand it?

Or is this what grown-ups think of teens and 20-somethings? If so, it’s no wonder we don’t understand their social behavior and how young people use technology.

And is Literally Can’t Even the future of video programming, consumable in brief videos on our mobile devices? If so, count me out.

I sat through all four minutes and 26 seconds of the video. By the time it ended, I literally couldn’t even.