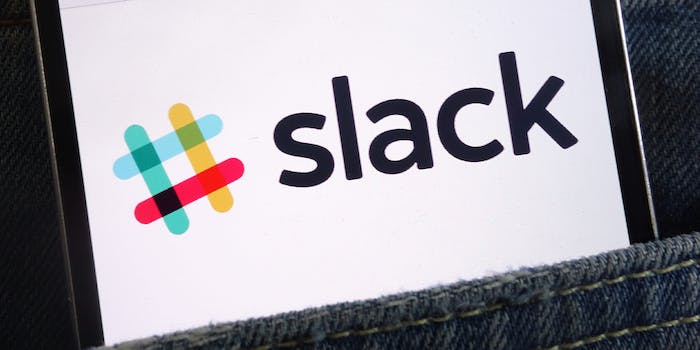 Iranians across the world are being banned from Slack

Iranians in U.S., Canada, and Finland have accounts abruptly deactivated

Communications service Slack is removing the accounts of users linked to Iran in an attempt to comply with U.S. sanctions against the country.

Users in numerous nations including the U.S., Canada, and Finland began reporting the issue Thursday as their accounts were abruptly deactivated.

As reported by The Verge, Amir Omidi, an Iranian American software developer, was one of the individuals affected by the incident.

Despite Omidi not residing in Iran, Slack informed him that the company “prohibits unauthorized use of its products and services in certain sanctions countries and regions.”

“So @SlackHQ decided to send me this email. No way to appeal this decision,” Omidi wrote on Twitter. “No way to prove that I’m not living in Iran and not working with Iranians on slack. Nope. Just hello we’re banning your account.”

So @SlackHQ decided to send me this email. No way to appeal this decision. No way to prove that I'm not living in Iran and not working with Iranians on slack. Nope. Just hello we're banning your account. pic.twitter.com/giqYQcMJYz

Amir Abdi, a Ph.D. student in Canada, also had his account removed without prior notice.

“Is Slack shutting down accounts of those ethnically associated with Iran?!” Abdi questioned. “And what’s their source of info on my ethnicity?”

In a statement to Vice’s Motherboard, a spokesperson for Slack said the banning was based on IP addresses emanating from sanctioned countries.

Abdi noted on Twitter that he had visited Iran for two weeks earlier this year, but could not be certain as to whether he used Slack.

Mahsa Alimardani, a doctoral student at the Oxford Internet Institute, argued to Motherboard that the ban was likely inappropriate unless Slack found evidence of funds being transferred back to Iran.

“If they looked into the account, saw where they are employed/where their bank accounts are and realize there is no flow of money between Iran and US/Canada because of this login, they surely would have no reason to do this,” Alimardani said.

Slack has since stated that those who feel they have been unfairly banned can appeal the decision. At the time of publication, Omidi, the software developer, says he is awaiting a response from Slack after contacting the company over the phone.