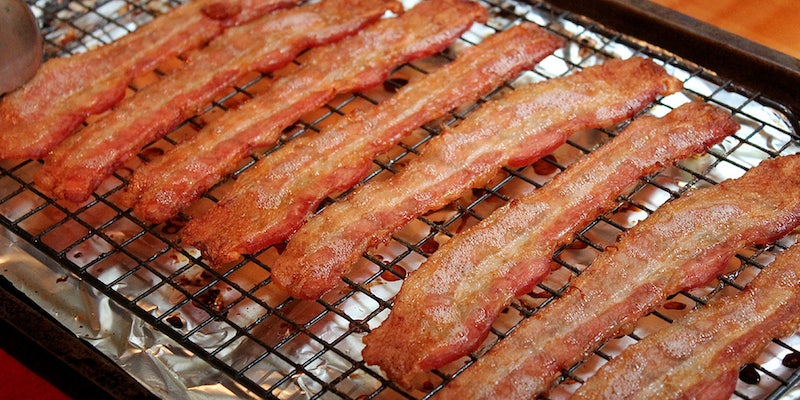 Love bacon? This dating app is made just for you

Can cured meat bring about love? Oscar Mayer thinks so.

If traditional dating sites aren’t your thing and Tinder doesn’t strike your fancy, Oscar Mayer has an idea that might help you find your soulmate. It also happens to be based entirely on your taste in bacon.

Sizzl is Oscar Mayer’s tongue-in-cheek take on dating apps, but it’s not exactly a parody. This fully functional app connects directly to Facebook to import your details—you can still choose to tweak them manually, of course—while also polling each user on what type of bacon they most desire. 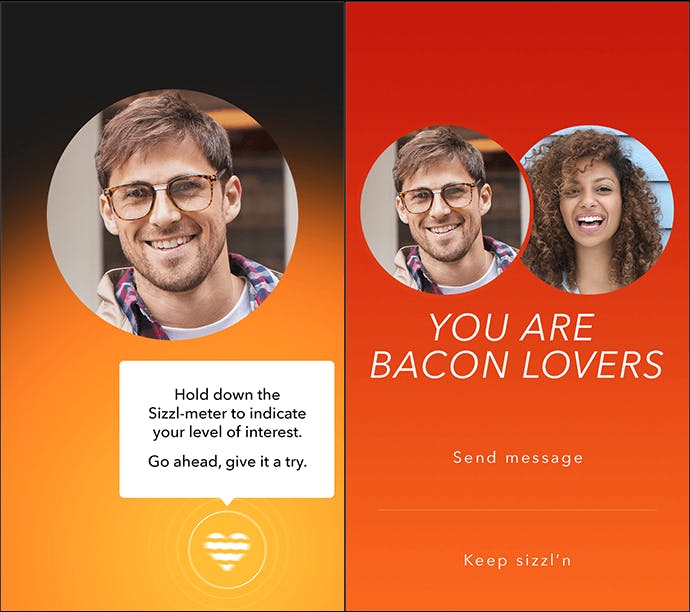 Upon completing the brief setup process, Sizzl users can sort the group of candidates based on location or simply browse the entire list of compatible Sizzlers as a whole. You’ll get a glimpse at each potential match based on their taste in bacon and, if you both like what you see in the other, you’ll be connected and can start messaging each other right from the app.

The app’s most unique feature is how it lets you gauge your level of interest in each would-be partner. Instead of swiping, you hold your finger down on the screen. The longer you hold, the higher the “Sizzl-meter” rises, and if you and your potential date happen to sizzle each other at a similar level, you’ll be registered as a match.

“In love, as it is in bacon, it’s important to be discerning when selecting your perfect match and to never settle for less than the best,” Eric Dahmer, marketing director at Oscar Mayer, notes in the company’s announcement. “With the launch of Sizzl, we’re thrilled to give our true bacon lovers the chance to find each other and potentially meet their soulmates, in life and in bacon.”

As goofy of a marketing ploy as this all might be, the app is actually a pretty interesting take on the mobile dating craze, and you can pretty much be guaranteed that anyone you find on Sizzl has a good sense of humor. Unfortunately for Android and Windows Phone users, Sizzl is an iOS exclusive and requires an iPhone 5 or later.