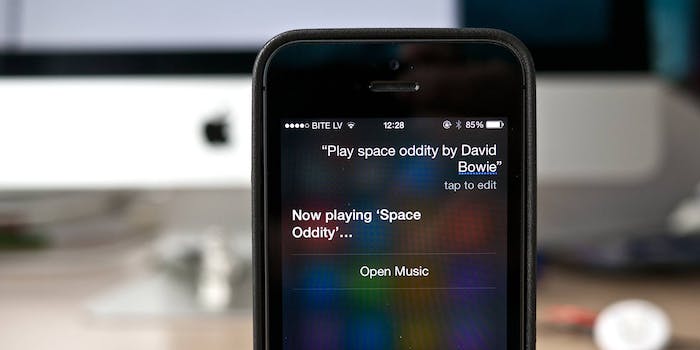 A subscription to Apple Music gets you more than just access to streaming tunes—it might also get you answers to some questions from Siri.

Co-creator of Pandora Tom Conrad pointed out on Twitter that Apple’s virtual assistant Siri refused to answer a question because Conrad wasn’t subscribed to Apple Music.

I guess Siri won't talk to you about music unless you pay her boss? pic.twitter.com/b6Xwcf3EYR

Siri’s decision to withhold information is strange. Passive aggressive responses aren’t new for the assistant, but it feels like a little bit of a shakedown to tell a user the answer to their question requires a $10 a month subscription.

Of course, Siri might not be refusing to disclose the information—she might truly just not know the answer.

Reports have varied from Apple Music subscribers, but it appears that at least some of the 6.5 million people who pay for Apple’s take on streaming music can’t get Siri to answer the question either.

@tconrad I have a subscription and she says pretty much the same.

Others have reported Siri can in fact provide an answer and will take the user into Apple Music to show it.

Apple previously touted new Siri commands relating to music, including the ability to look up chart-topping songs from different eras. The request for that type of information is linked directly to Apple Music, so perhaps it’s not surprising that Siri wouldn’t be able to answer without access.

But it seems like Siri should still be able to answer the question—just prod the user to subscribe if they want to hear the song. At the very least, the assistant could send the user out to a web search to get the information.