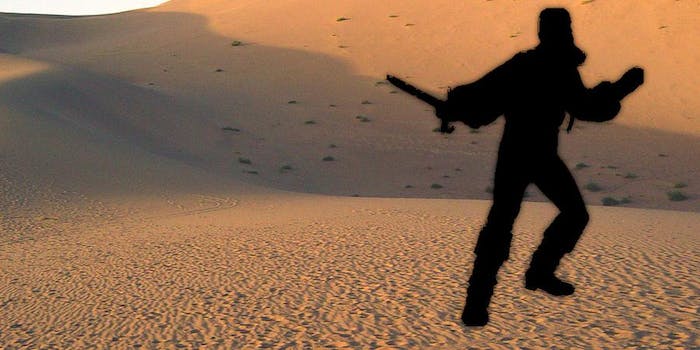 He's not the first man to use the Dread Pirate Roberts moniker.

Ownership of the online black market Silk Road is being passed around from person to person, the current owner revealed in an interview with Forbes’ Andy Greenberg, published Wednesday.

“[Dread Pirate] Roberts isn’t actually the site’s founder, he revealed in our interview. He credits Silk Road’s creation to another, even more secretive entrepreneur whom he declined to tell me anything about and who may have used the ‘Dread Pirate Roberts’ nom de guerre before it was assumed by the person I interviewed.”

This news will not come as a shock to most Silk Road users. The name Dread Pirate Roberts is taken from the movie The Princess Bride, where that name is secretly passed around from person to person. Over the years, many Silk Road members have pointed out that Roberts’ writing style and demeanor had changed from time to time, leading to countless theories that the man currently running the black market is not the same man who started it off.

The current Roberts claims that he’s been around Silk Road since 2011. He helped shore up the site’s security and eventually assumed full control after the original Roberts decided to “pass the torch.”

This is likely to fuel a neverending fire of theories about Dread Pirate Roberts’ identity—something that the man himself is no doubt well aware of and, one assumes, happy with. It’s likely that many users will even doubt that only two people have used the Roberts name thus far.

In the article, Greenberg details an “eight-month preinterview courtship” that lead to Roberts’ first-ever extended interview. Prior to this, journalists have been limited to short answers via private message on Silk Road’s site.

In addition to Roberts’ first-ever interview, he’s adopting some of rival market Atlantis’s chutzpah and moving onto the Clear Web. He’s created SilkRoadLink to serve as an authoritative guide to the famous black market, including history and a victory lap.

“The ‘war on drugs’ is over,” writes Roberts, “and the guys with the bongs have won. Victory is sweet.”