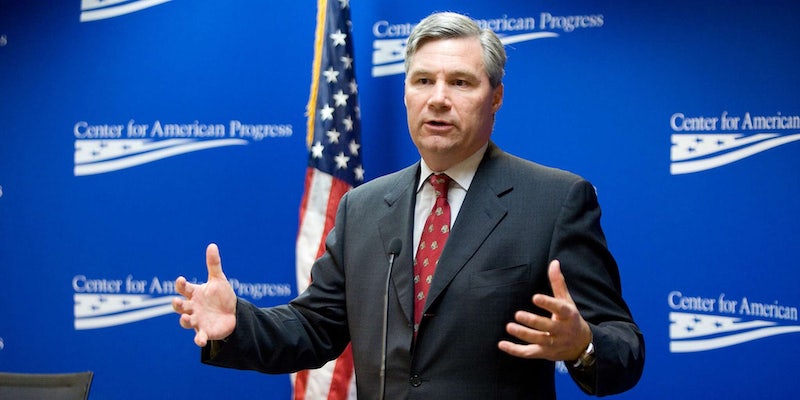 Senator: NSA should have been prepared for Snowden leak

Even the agency's defenders are upset with how it handled Snowden

Speaking at an event at Georgetown University on Tuesday, Sen. Sheldon Whitehouse (D-Rhode Island) slammed the National Security Agency’s response to the Edward Snowden leaks, which have dramatically soured the public’s opinion of the intelligence agency.

?I think the NSA and the administration would have been wise to have been prepared for the possibility of a sudden, catastrophic, unauthorized leak of information,” The Hill reports reported Whitehouse told the audience. “That’s a drill that you would think that an agency that specialized in the retention of massive amounts of classified information would be prepared for on a regular basis, in the same way that a crew of a commercial aircraft prepares for a drill that takes place if there’s a sudden unexpected decompression of the aircraft.”

USA Today notes that, in the immediate wake of the Snowden revelations last summer, a majority of Americans supported the NSA’s surveillance efforts. In a poll conducted earlier this year, the percentage of respondents who still felt positively about the agency’s tactics had slipped to 40 percent.

Whitehouse charged that the agency’s lack of a coordinated, coherent public relations strategy allowed misinformation about its more controversial programs—such as the widespread collection of the cell phone metadata of millions of American citizens not suspected of committing any crime—to spread before it could be corrected.

He complained that this lack of clarity on the part of the NSA has regularly put him, along with other legislators in Washington, in the difficult position of being unable to respond to questions about or criticisms of the government’s intelligence-gathering programs. While the Snowden leaks have made information about those programs public knowledge, the existence of the programs is still classified and government officials who had been briefed about them could face legal consequences—possibly even risking arrest—for even directly mentioning them.

Whitehouse has long been critical of the way that both the Obama administration and the NSA itself have handled the recent backlash against its data collection programs—specifically pushing for more transparency within the agency. ?We really need to be balancing much more carefully the value of declassification over classification,” Whitehouse said during a Senate Judiciary Committee hearing about the NSA’s phone metadata collection program last August.

Even so, Whitehouse has maintained that the NSA’s survailence programs themselves should remain in place because ending them would be like “unilaterally disarming” the NSA, hampering the country’s ability to fight terrorism.