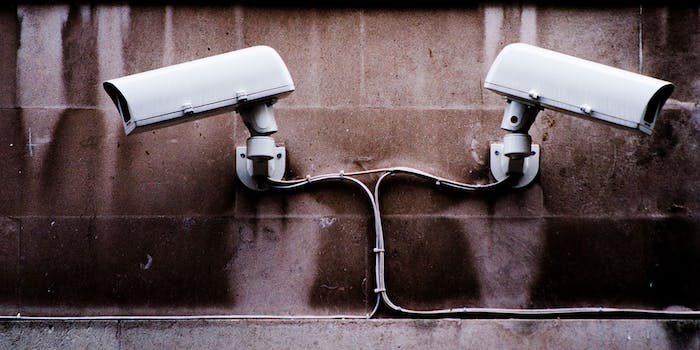 It's a step in the right direction.

Sen. Patrick Leahy (D-Vt.) has a new bill that might actually reign in government surveillance.

Leahy, the second-highest ranking member of the Senate and chairman of the Senate Judiciary Committee, announced yesterday that he plans to introduce a bill to reform the National Security Agency’s (NSA) electronic communications collection before the Senate recesses in August.

The bill, called the USA Freedom Act, is earning positive reviews from privacy and civil liberties advocates who have criticized its counterpart in the House of Representatives, which passed in May. Harley Geiger of the Center for Democracy and Technology (CDT) told the New York Times that the Senate bill was, “in every instance, a step forward and an improvement on what the House enacted.”

Senate lawmakers have been working with the Obama administration to fine-tune the bill. It currently contains some of the same provisions as the House bill but uses stronger language to bar the NSA from collecting records on Americans under the so-called “business records provision.”

This provision was included in Section 215 of the Patriot Act that passed in the wake of the September 11, 2001 terror attacks, and since then, it has come under sustained fire from privacy groups. The Electronic Frontier Foundation (EFF), CDT, and other privacy advocates have slammed Section 215 for allowing the government to intercept a wide variety of commercial records without a warrant.

Leahy’s bill, described to the Times “by several people who read it,” also clarifies language in the House bill about how limited these records collections can be. It requires the government to “narrowly limit the scope of the tangible things sought to the greatest extent reasonably practical” when it seeks business records. The bill explicitly prohibits searches “based on a broad geographic region, including a city, state, ZIP code or area code,” according to the Times.

This language is more specific than its House counterpart, which only requires that the government’s search pertain to a “specific selection term,” with no explanation of what that could mean.

The Times notes that Leahy’s bill goes one step further than the House bill in another key area. The House bill requires the federal government to publish unclassified descriptions of the proceedings of the Foreign Intelligence Surveillance Court (FISC), a secretive judicial body that approves requests for surveillance based on national security concerns. These reports are intended to provide the public with some degree of information about the FISC’s rulings.

Leahy’s bill, however, takes into account the government’s tendency to err on the side of vagueness when it comes to producing legally mandated transparency reports. The Senate bill thus requires that the government’s FISC reports “have enough information for people to understand the rulings’ impact on civil liberties,” according to the Times.

Despite the stricter requirements in Leahy’s bill, the Obama administration appears pleased with the work that has gone into it. A spokesperson for the National Security Council told the Hill on Tuesday that, “While there are a number of additional steps that must take place before this critical bill becomes law, we are encouraged by the recent progress in the Senate.”

Senate Intelligence Committee Chairwoman Dianne Feinstein (D-Calif.), one of the most prominent voices on surveillance issues in the Senate Democratic caucus, has not yet commented on the bill. The Daily Dot reached out to her office for comment but did not hear back.