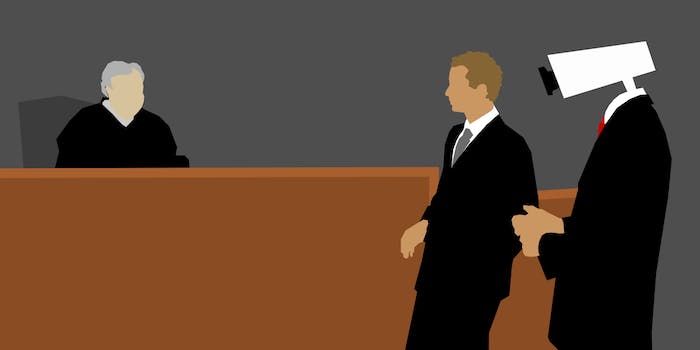 Here’s a radical idea: what if, when the U.S. hears the National Security Agency in secret court, someone actually represents normal citizens?

That’s the idea behind a bill planned by Rep. Adam Schiff (D-Calif.). A member of the House Intelligence Committee, Schiff has a better sense than most of what goes on in those courts, whose rulings are by definition classified, than most.

“When Congress first created the Foreign Intelligence Surveillance Court (FISC) in 1978, it did so knowing that the Court would, by necessity, conduct much of its work in secret, as it was specially designed to handle highly classified requests from intelligence and law enforcement agencies,” Schiff  and Rep. Todd Rokita (R-Ind.) wrote in a joint op-ed for the Burbank Leader. He continued:

However, the FISC does more than simply review and approve individualized warrant requests. The Court interprets and construes the Foreign Intelligence Surveillance Act, applying legal and constitutional principles, much like any other federal court. The difference between the FISC and every other court in the United States is that there is no opposing counsel, and their interpretation of the law is highly classified and stays that way by law for 30 years.

One of privacy advocates’ biggest concerns with NSA spying is that most of the agency’s programs are fully legal. That’s because the NSA can go before a FISC and argue it should be able to octain the records, for instance, of every American Verizon customer—without the public ever knowing, or having a voice in the matter. Those hearings don’t have an opposing counsel present, which runs contrary to the very basic concept of the legal system.

And the FISC almost never rejects an NSA request. The New York Times reported in July, for instance, that it hadn’t turned away a single one of the nearly 1,800 requests from 2012. Advocates and the Obama administration have sparred over whether this constitutes a “rubber stamp” court that approves essentially whatever the NSA wants.

“I believe the federal judges on that court are superb,” General Keith Alexander, who heads the NSA, told a Congress in June. “They have been very professional. From my perspective, there is no rubber stamp.”

The ACLU’s Christopher Soghoian, on the other hand, countered with the looks-like-a-duck argument:

That’s where Schiff’s bill comes in. According to his website, it would authorize the Privacy and Civil Liberties Oversight Board to “create a pool of attorneys with experience in Fourth Amendment or national security law to argue the side of the public when the government requests a surveillance warrant in the FISA Court.”

It’s one of a host of new bills—11, by the Guardian’s count—designed to limit or counteract the NSA’s broad, relatively unchecked spying powers.

“It’s time to let some sunlight into the chambers of the Foreign Intelligence Surveillance Court,” Schiff wrote.