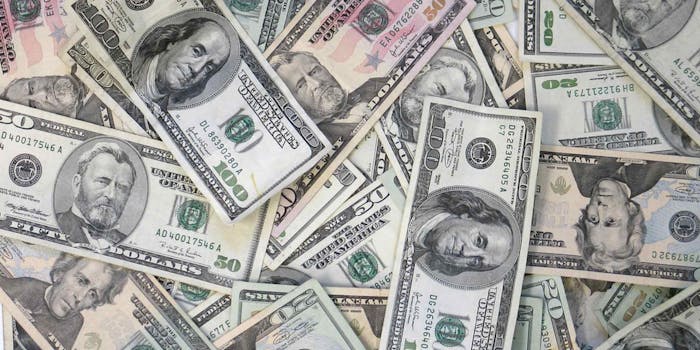 Crowdfunding ‘scammer’ speaks out at SXSW

Savannah Peterson gave so much of herself to Instacube she closed the campaign from a hospital bed.

On the evening of Aug. 20, 2012, Savannah Peterson was riding high. Early that morning, she had launched a Kickstarter campaign in support of a project that had quickly become her baby. It was called Instacube—a stand-alone digital picture frame that, once connected to a Wi-Fi network, displays pictures from a user’s Instagram feed as soon as they’re posted online.

?I don’t think I’ve had a moment more where I was more nervous in my life than right before I hit launch on that crowdfunding campaign,” Peterson recalled. ?I just remember shaking I was so nervous.”

It turned out that there was little for Peterson to be nervous about—at least initially. The media quickly latched on to Instacube, and soon there were pieces boosting the project in outlets like Engadget, CNET, Mashable, International Business Times, and CNN.

The fundraising goal of the Kickstarter campaign was $250,000. Peterson was almost halfway there within the first 24 hours. The project was completely funded in well under a week. By the time the campaign closed, more than 3,000 backers had contributed more than $620,000 to help turn Peterson’s dream into reality. She had pre-sold around 5,500 Instacube units. ?It was perhaps the most exhilarating day of my professional career,” she said.

As Peterson explained during a panel discussion at the South by Southwest Interactive conference on Sunday afternoon titled ?I Ran an Extremely Successful Crowdfunding Scam,” that high was to be short-lived. Due to problems with the project over the next several months, Peterson saw her health fail, her family relationships suffer, her personal information get posted online, and her voicemail overflow with angry threats.

The launch date given on Instacube’s Kickstarter page was March of the following year. To this date, not a single unit has shipped.

She insisted the word ?scam” in the panel’s title referred not to any intentional efforts to deceive the project’s funders; rather, it references a common charge leveled by those backers who were upset over having handed over their hard-earned money only to received nothing in return.

Peterson’s story reveals the dark side of crowdfunding—what happens when the idealism of using the power of the Internet to pay the startup costs of an exciting new business runs head-first into not only the harsh realities of what it takes to actually get that product to market, but also the consequences for failing to deliver on one’s promises.

While crowdfunding platforms like Kickstarter have the potential to topple one of the biggest barriers to entry of putting a new product onto the market—getting funding—it still takes a lot of work to get an enterprise off the ground. That fundamental mismatch between Peterson’s expectations about what it would take to turn Instacube into a reality and the obstacles that lay ahead of her and her team lies at the heart of what turned the entire endeavor into a debacle.

The first difficulty Peterson experienced was the workload required during the crowdfunding campaign itself—spending long nights working on partnerships and coordinating with the design team. ?I literally don’t think I slept for more than 90 minutes at a time for that whole month,” she said. ?I gave myself a kidney infection I was working so much … I closed the campaign from a hospital bed on morphine. That’s how hard it is.”

The long hours and stressful environment also strained her personal relationships. By the end of it, Peterson said she was no longer on speaking terms with her mother.

While Peterson cited a non-disclosure agreement as the reason why she couldn’t delve too deeply into specifics at what went on behind the scenes, she spoke at length about the difficulties in general terms.

?Honestly, the product hasn’t shipped yet because manufacturing is hard,” she insisted.

?The product development cycle is a lot longer than people think. Most of the devices you have in your hand were thought up two or three years ago. It’s way more than the average consumer is aware of. … As consumers we have to be aware that this is a really challenging cycle. It’s not easy to do what designers and manufacturers do. It’s really hard to get something into people’s hands in six months.”

Once the project’s backers found out about Instacube’s troubles, Peterson noted that things instantly got far more difficult. ?One of the things about getting people really excited about something new is that early adopters are as smart as they are savvy and they pay really close attention,” she said. ?So when your product doesn’t ship when its supposed to, they’ll let you know how they feel about it.”

She said that she was getting threats on her personal Instagram and Twitter pages. Irate investors published her personal email address and phone number in the comments section of the project’s Kickstarter page. Peterson said he hasn’t used voicemail in over a year because her mailbox was constantly flooded with calls from angry funders. ?It was heartbreaking, it was violating, and it was more than a little scary.”

While Peterson has since parted ways with Design 2 Matter, the organization that’s developing Instacube, she says what happened still stings. ?This process really broke my heart,” she said. ?I’ve never poured as much myself into something as I did with Instacube. It destroyed my body; it destroyed my mind. I was disappointed that I had taken money from my friends and not delivered.”

Surprisingly, the whole experience didn’t sour Peterson on crowdfunding. She went on to teach a crowdfunding class at Stanford University and has consulted on other crowdfunding projects. She boasted that she’s raised about $4.5 million in funds since Instacube and every single project she has been involved with has been fully funded.

The issues experienced by Instacube are far from unique. A 2012 study from the Wharton School found that 75 percent of the projects funded through Kickstarter missed their intended ship date. The study also reported that projects that got the largest amount of funding through the site were the most likely to be delayed.

Kickstarter insists that the creators of projects refund donors’ money if they choose not to honor the promised rewards, but the company itself takes no responsibility for what actually transpires. If a project is stuck in development hell for an eternity, there’s little a frustrated donor can do about it. Although one Arizona insurance lawyer who gave $70 with the understanding he would eventually get an iPad stand in return, filed suit against the project’s creator when that stand never materialized.

Around the time Instacube’s campaign was going on, Kickstarter amended its terms of service and wrote a blog post directly addressing the problem of undelivered campaign promises. ?It’s hard to know how many people feel like they’re shopping at a store when they’re backing projects on Kickstarter, but we want to make sure that it’s no one,” wrote Kickstarter’s management team in an effort to make the site do a better job of managing donor expectations.

To that end, the blog post detailed how all product pages would now have a section where project creators would have to list the potential risks and challenges presented by their effort. It also prohibited showing simulations or drawings of the products; instead, only actual photographs could be used. ?Products should be presented as they are,” the post recommended. ?Over-promising leads to higher expectations for backers. The best rule of thumb: under-promise and over-deliver.”

For the backers of Instacube, however, there may soon be light at the end of the tunnel—units are expected to begin shipping later this spring.

Update: The title of the story had been amended for clarity.