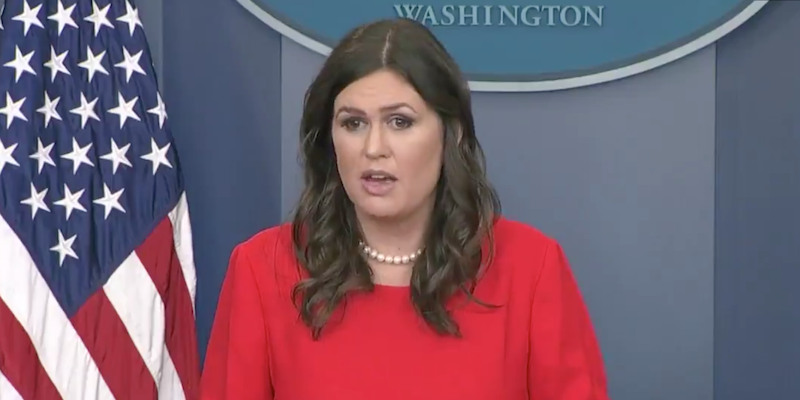 Over the past two months, Huckabee Sanders became a more visible member of President Donald Trump‘s communications team as Spicer stepped back from televised press briefings, which have become an increasingly rare occurrence.

Asked whether he would commit to regular televised press briefings, Scaramucci said “maybe.”

Huckabee Sanders is the daughter of former Arkansas Gov. Mike Huckabee. She served as deputy press secretary prior to her promotion.

Scaramucci, a former Wall Street financier and Trump loyalist, will officially begin his role as communications director in a “few weeks,” he said, after the government ethics office confirms he has sorted out his conflicts of interest.