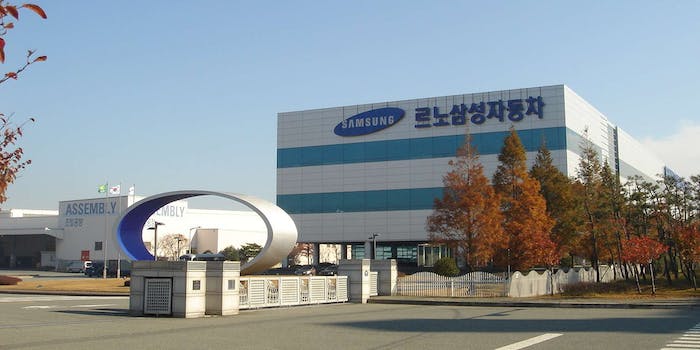 Nearly 200 workers have gotten sick after working at a Samsung plant.

Samsung is getting ready to pay out the equivalent of $85.8 million to South Korean workers who developed cancer amid unsafe factory conditions.

The 100-billion-won compensation fund will go to the nearly 200 people who worked in Samsung’s chip and display factories and later fell ill. Of those people, 70 have already passed away, according to the South Korean activist group Supporters for the Health And Rights of People in the Semiconductor industry.

Prolonged exposure to radiation and dangerous chemicals in Samsung’s factories resulted in cases of lymphoma, multiple sclerosis, and leukemia. SHARPS, which represents the affected workers and their families, struck a deal with Samsung to settle legal challenges in exchange for its setting up the fund.

In addition to compensating the workers, the fund will also pay for research and development to improve worker safety.

The dispute surrounding worker safety in Samsung factories dates back nearly a decade. According to SHARPS, the first reported death occurred in 2007, when 23-year-old Hwang Yumi died of acute myelogenous leukemia.

In 2013, a court in Seoul, South Korea, identified a “considerable causal relationship” between the leukemia that killed Samsung worker Kim Kyung-mi and her job placing computer chips in chemicals at a company factory.

The victory was a posthumous one—Kyung-mi passed on in 2009—but it marked a significant legal win after the Korean Workers’ Compensation and Welfare Service (KCOMWEL) twice denied her family’s claims.

KCOMWEL previously also denied compensation to a 40-year-old employee who fell victim to amyotrophic lateral sclerosis, commonly known as Lou Gehrig’s disease. The agency also denied a petition from the family of an employee who died of leukemia. One of the members of the board that decided that case was a doctor employed by a Samsung-owned hospital.

Samsung’s apology to affected workers and their families in May 2014 marked its first acknowledgement of the ongoing issue.