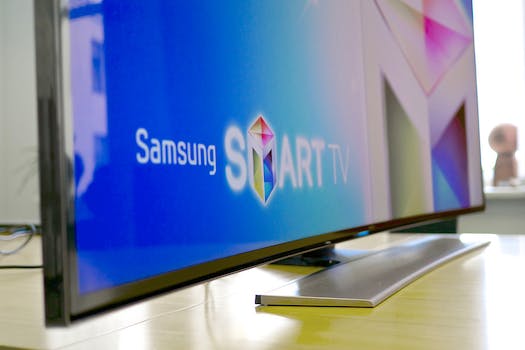 Ever get that feeling that someone is listening?

Ever get that paranoid twitch that tells you someone is listening in on your conversation? It’s not an unreasonable feeling if you’re chatting at a crowded bus stop, office break room, or restaurant table, but Samsung SmartTV owners might start to feel that nervous tremble in their own living rooms, thanks to the TV’s ability to capture and transmit anything you happen to say within earshot.

“TV has never been this smart” Samsung boldly declares on its website, and that much is certainly true. The company’s line of ultra-capable televisions can run dozens of apps, stream games and movies, and be controlled via voice commands. That last bit is where privacy advocates might want to dig a little deeper, as the SmartTV privacy policy that applies to anyone who purchases one makes it clear that your voice carries further than you think.

In order for the TV to respond to any legitimate voice commands you happen to utter, it has to be listening the entire time—that way you’re not required to pick up your remote whatsoever, which is one of the main selling points. That’s fine—or at least it would be if the TV itself was capable of making the translation from spoken words into text, which it could then scan for the words and phrases associated with various TV functions. Unfortunately, it isn’t.

Instead, your voice data is sent to an unnamed “third party” via your TV’s Wi-Fi connection, which makes the translation from speech to text and then sends that data back to the TV. That means that everything you say when you’re near your TV is being transmitted to a company Samsung has a deal with, whose software turns it into readable text.

In a statement to the Daily Beast, Samsung noted that the company uses “industry standard” safeguards such as data encryption in order to prevent sensitive information from finding its way into the hands of someone who shouldn’t have it. Of course, that didn’t stop the company from covering its collective rear end with a few key lines in its privacy documentation.

“Please be aware that if your spoken words include personal or other sensitive information, that information will be among the data captured and transmitted to a third party through your use of Voice Recognition,” the policy notes. A fine bit of disclosure, and it’s nice that it’s included. However, just a few paragraphs later, Samsung includes the language that you should actually be concerned about: “Samsung is not responsible for these providers’ privacy or security practices. You should exercise caution and review the privacy statements applicable to the third-party websites and services you use.”

The policy states that our data is being sent to a third party, which is not named or otherwise identified in the documentation. Then, under a section specifically labeled “Third Parties,” the user is told that Samsung has no control over the privacy or security practices of third parties. How’s that for reassuring?

If you happen to own one of these TVs and don’t like the sound of any of this—who could blame you?—you can axe your TV’s voice recognition ability via the settings, or simply shut down the device’s Wi-Fi access, though that last solution will also kill off your streaming services and apps as well, so keep that in mind.