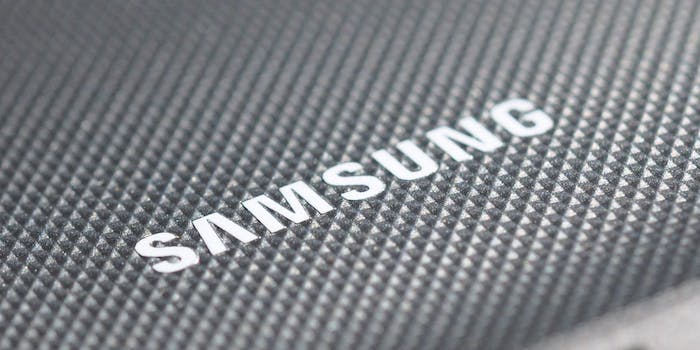 Things are getting dire for Samsung.

After its Note 7 smartphones began bursting into flames and the company had to recall every single one of them and stop production, you’d probably guess that Samsung is pretty desperate to hang on to as many disgruntled customers as possible. But just how desperate is the company? Now we know.

Samsung announced today that its Note 7 refund and exchange program is getting an upgrade. Now, anyone who owns a Note 7 and exchanges it at their carrier for another Samsung device will get that new phone for free and a $100 credit on their wireless bill. By contrast, those who choose to abandon the Samsung brand entirely and go with an iPhone or competing device will get their free phone and a $25 credit.

Through the U.S. Note7 Refund and Exchange Program, consumers can choose the following options beginning on October 13, 2016 at 3:00 p.m. ET:

Up to a $100 total bill credit for a customer who exchanges a Note7 for any Samsung smartphone.

A $25 total bill credit for a customer who exchanges a Note7 for a refund or other branded smartphone.

On the surface, it sounds like a reasonable strategy to keep as many customer as the company can manage, but here’s the thing: Note 7 owners can also choose to just get a full refund for the cost of the device itself, which can cost as much as $849.99, depending on what type of carrier incentives and discounts were applied. That’s enough to cover the cost of a new S7 Edge—not to mention an iPhone 7—and then some.

Basically, if you paid full price for your Note 7, you should just take the full discount, buy whatever phone you want, and keep the difference. There’s a good chance that the amount you have left will be more than $100, and certainly more than the measly $25 Samsung is offering to switchers.

Or, you could just keep it, if you’re a total moron.