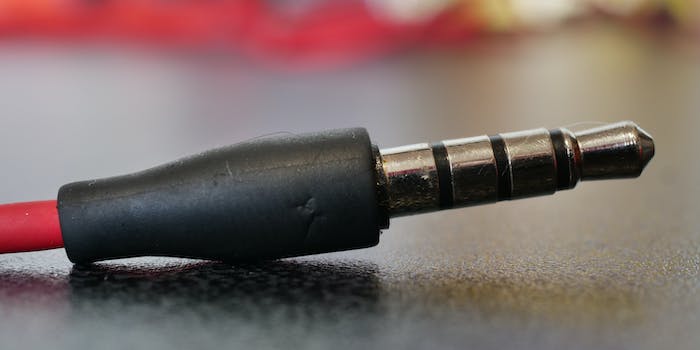 Samsung joined the tech industry trend of ditching the headphone jack this week, and deleted some old ads criticizing Apple for making the move a few years ago.

The war is over and the headphone jack lost.

Though Samsung was critical of Apple when the company released the iPhone 7 in 2016 without a headphone jack, they are also moving away from the port. This is a major departure for Samsung: The company went as far as to run ads mocking Apple’s decision to remove the headphone jack in 2017.

The series of ads mocking Apple, part of a campaign called “Growing Up,” were removed from some of Samsung’s YouTube channels.

The ads mocked iPhones for requiring various additional dongles as they dropped ports. Now, Samsung is moving in the same direction. On Wednesday, the company announced the Galaxy Note 10, and industry observers were quick to point out the absence of the headphone jack.

Samsung told The Verge that the 3.5mm port was removed to make room for a slightly larger battery and to improve haptic feedback by eliminating the hollow cavity. Samsung joins Apple, Google, Motorola, and OnePlus in ditching the headphone jack.

Samsung users will now need a USB-C dongle if they want to connect their wired headphones to their Galaxy Note 10.

Some Samsung fans have expressed disappointment at the move, as the Galaxy Note was known as the “everything phone” for its ability to cram so many features into one device.

But now it seems even the Galaxy Note can’t be all things to all people.