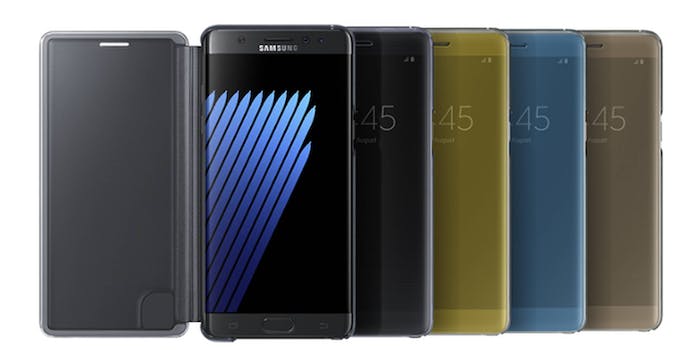 When you put a large lithium-ion battery in too small of an enclosure, it could explode.

Since recalling and officially ending production on its well-reviewed Galaxy Note 7, Samsung hasn’t yet offered any further explanation on the phone’s battery-exploding issues. However, after tearing down one of Samsung’s Note 7 phones, Instrumental, an engineering consulting firm, discovered a likely cause.

According to Instrumental’s analysis,  the smartphone’s fiery explosions were a result of a fundamental design flaw—the battery enclosure was too small for the battery itself. Lithium-ion batteries occasionally swell during everyday usage. Because the enclosure was too small, however, that normal swelling had a dangerous result: The positive and negative chemical layers within the battery could compress, coming into contact with one another and causing an explosion.

So, why did Samsung’s engineers design the phone this way? Instrumental’s engineers believe it is because they were trying to push the boundaries, balancing “the risk of a super-aggressive manufacturing process to maximize capacity, while attempting to protect [the battery] internally.”

This explanation is similar to one conclusion from Korea’s Agency for Technology and Standards. In its analysis, CNET reports, the Samsung Galaxy Note 7 suffered from a manufacturing problem that put excessive pressure on the plates inside the battery cells, putting its positive and negative poles into contact.

Had Samsung used a smaller battery, the smaller enclosure wouldn’t have been an issue. Unfortunately, that would also mean that the phone would not only have a lesser battery life than its biggest competitor, the iPhone 7 Plus, it’d also have worse battery life than its own predecessor, the Galaxy Note 5, Instrumental says.

“For something that is innovative and new, you design the best tests that you can think of, and validate that the design is okay through that testing,” Anna Shedletsky explains in the company’s blog post. Instrumental believes that perhaps the battery manufacturing process was changing throughout the phone’s development, and later samples of the Note 7 weren’t tested as extensively as earlier models were, which let the issue slip by and into consumer hands.

If for whatever reason you or anyone you know is still using a Galaxy Note 7, here are instructions on how to refund and exchange it.