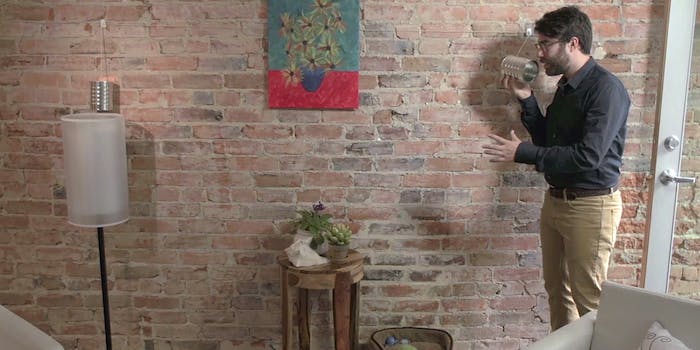 The race to automate your home has officially begun.

Samsung has acquired SmartThings, a company that builds and sells products for smart homes. According to TechCrunch, Samsung paid around $200 million for the home automation company. SmartThings got its start on Kickstarter, where it raised over $1.2 million.

SmartThings offers a collection of devices and sensors that can turn your house into an easy-to-manage smart home. You can turn lights on and off, get notified when someone comes home, unlock and lock your doors remotely, and even get a notification if you have a leak in your house. The deal comes on the heels of acquisitions and announcements from Google and Apple—Samsung’s two biggest competitors—in the home-automation field.

As the Internet of Things continues to grow, managing a plethora of Internet-connected devices around our homes will become more pertinent. With Google’s recent acquisition of Nest, Apple’s development of HomeKit, and Samsung bringing in SmartHome, the three biggest players in the industry each have their own homegrown solution to manage the incoming devices that will populate your home.