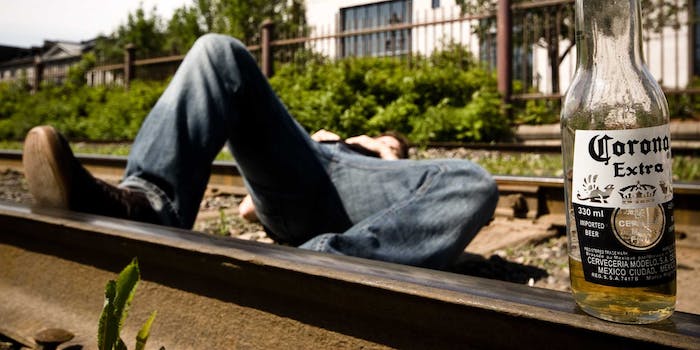 Definitely safer than trying to drive home yourself.

As dangerous as getting in an Uber vehicle can be for its riders, it’s still better than getting behind the wheel of a car while drunk. The Canadian branch of the company is offering up its services for free to keep people from taking to the road while impaired.

Uber set up a prototype kiosk in Toronto dubbed “Uber Safe.” The black box dispenses a disposable straw for a potential rider to blow into. After blowing for six seconds to allow the kiosk to get a reading, it then calculates their blood alcohol content, just like a standard breathalyzer.

If the kiosk determines the user to be over the legal limit, it presents them with an option on screen to hail a driver, who will pick them up at the kiosk location.

The experimental session with the kiosk, which Uber documents in a promotional video, shows the riders entering the Uber car and presumably arrive home safe and sound. The rides shown in the video were provided free of charge to the subjects.

Uber intends to roll out Uber Safe in more locations in the future. Whether the rides will remain free as the service continues to roll out will have to be seen. And surely, the groggy morning lift back to the parking lot where you left your car the night prior is going to cost you.