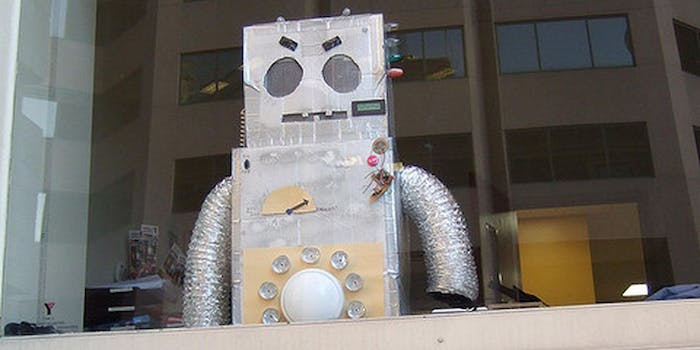 Having already stifled protests and disrupted LiveJournal, pro-government supporters in Russia are using spam bots to drown out anti-Kremlin tweets.

As reports of ballot stuffing and other inconsistencies in the recent parliamentary election spread in Russia, thousands of citizens are protesting in person, in their LiveJournals, and on Twitter.

But not if the government can help it.

In person, hundreds of protesters, including anti-corruption LiveJournal blogger Alexei Navalny, have already been arrested, reports Krebson Security. Online, pro-government hackers have been releasing a DDoS attack on LiveJournal for the past 10 days.

With their platforms for blogging and protesting live largely exhausted, angry Russian citizens turned to Twitter. But today, thousands of pro-government spam bots have been drowning out anti-Kremlin tweets.

According to Trend microblogger Maxim Goncharov, these pro-government bots were released to tweet “national slogans and crude language” into popular anti-government hashtags.

For example, protesters who planned to meet for a protest in Moscow’s Triumfalnaya Square were unable to communicate after any search for #триумфалtная (Triumfalnaya) resulted in nothing but spam and noise.

While the Russian government has neither confirmed nor denied involvement with the spam bots, it’s clear that shutting down Twitter is an effective way to disperse protests.

As the Daily Dot previously reported, San Francisco police shut down Twitter access on the BART when they suspected a protest. And, after blocking Twitter, China recently tightened the reins on other microblogging platforms like Sina Weibo.