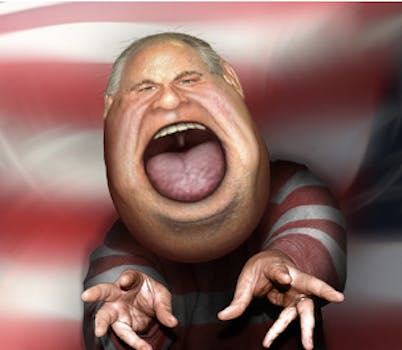 The radio talk-show host's Twitter account has been around for years. He's just started tweeting with a personal touch.

Contrary to reports that the account is new, he’s long held the Twitter account and a related one, @limbaugh—the difference is that @rushlimbaugh used to just publicize new articles on his website. Now he’s tweeting directly.

“There’s an army out there that wants to be mobilized,” Limbaugh explained on his talk show Thursday. “I figure, use Twitter for it.”

Limbaugh asked listeners to follow the account and retweet his messages, while demonstrating a less-than-perfect understanding of the social networking site.

“The great thing about it is that you can ‘retweet’ [the message], meaning just hit the retweet button and it goes to every other person that you follow,” Limbaugh said. “And it will, in geometric proportions, end up saturating the ‘Twitterverse.’”

Limbaugh likely meant to say “every other person who follows you.” Retweets are displayed to your followers, not to accounts you follow.

Yet Limbaugh’s more personal tweets have appeared four times since his Thursday debut as a tweeter.

Confusingly, @limbaugh, an account which bills itself as “The Only Genuine Rush Limbaugh Twitter Feed,” is frequently mentioned by Twitter users and has more followers than @rushlimbaugh. Not clearing anything up, Limbaugh has said that @limbaugh is also an official account. But only @rushlimbaugh has Twitter’s Verified Account badge.

The radio host appears to be using both @limbaugh and @rushlimbaugh. Some but not all of Limbaugh’s recent personal tweets have run simultaneously on both accounts. They are being posted via Twitter’s website, not a Twitter app which might facilitate simultaneous posting, suggesting Limbaugh or a staffer is going to some trouble to post to both accounts.

Even Limbaugh’s brother David has been flummoxed by the existence of the two accounts, but he’s confirmed that Rush will be posting from both.