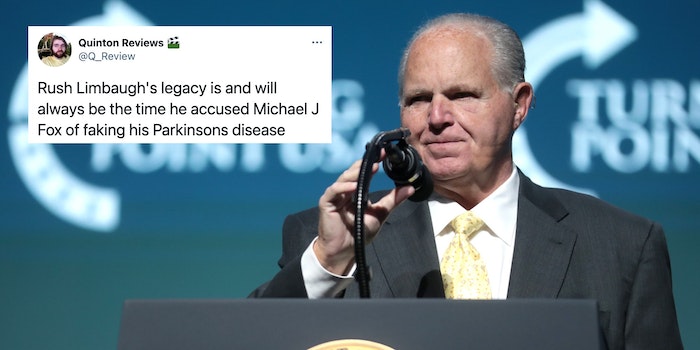 The radio host infamously accused the actor, who suffers from Parkinson's, of faking his symptoms.