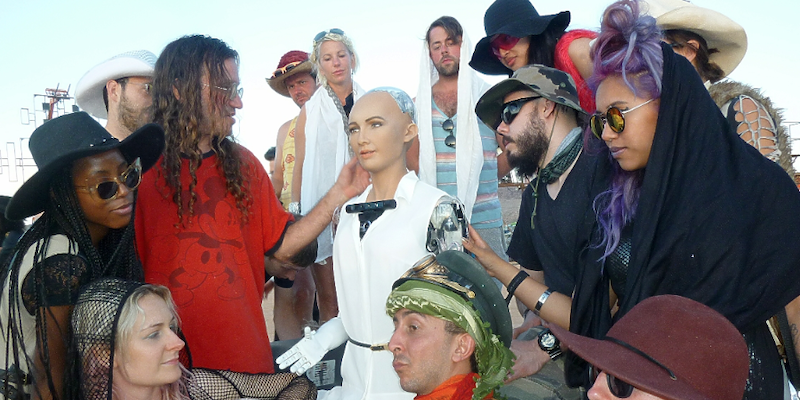 We’ve got a racism problem with our robots, too

We need to start extending diversity to our robots, too.

If there was any chance that robots would skirt humanity’s tendency towards skin color-based judgments, we were wrong. It turns out humans have a racism problem not just when it comes to other humans, but also when it comes to robots.

A new study out of New Zealand’s University of Canterbury found that the color white can act as a social cue that results in a perception of race, IEEE Spectrum reports. While this isn’t likely to be the case for a white refrigerator or a white speaker, it does come into effect when white colors something that tends to be anthropomorphized—like a humanoid robot.

“We hope that our study encourages robot designers to create robots that represent the diversity of their communities,” Christoph Bartneck, a professor with the University of Canterbury’s Human Interface Technology Lab and lead author of the study, told IEEE Spectrum in an interview. “There is no need for all robots to be white.”

When Bartneck and his co-authors, representing Monash University in Australia, Guizhou University of Engineering Science in China, and Germany’s University of Bielefeld, presented their findings at a conference earlier this year, the paper was met with a lot of raised eyebrows accusing the researchers of sensationalism.

A quick look at some prominent robots does suggest there is a trend. The social robot Jibo comes with a white body; Toyota’s T-HR3 robot features a lot of white; and Honda’s Asimo humanoid robot is white as well. The humanoid robot Sophia, famous for being granted citizenship in Saudi Arabia, has white skin. However, the former three examples also feature a good amount of black coloring in their design too. Jibo’s face, for example, has a black background. (In general, home robots tend to be white because it better matches home decor, companies have said—the same reason so many home appliances tend to come in white.)

Luckily, robots designed more for play than for home—such as Anki’s Cozmo or Overdrive toys—tend towards different colorways. These particular products also look more like vehicles than humans, so there’s that too.

Still, Bartneck thinks that robot designers should start considering color and racism as they develop designs, as there are few robots today that “might plausibly be identified as anything other than white or Asian,” he says. This is particularly problematic since Bartneck and his co-authors found that people exhibited a racial bias to robots racialized as Black and that people will racialize robots whether or not they’ve even realized it.

You can read the full paper here for a $15 download.