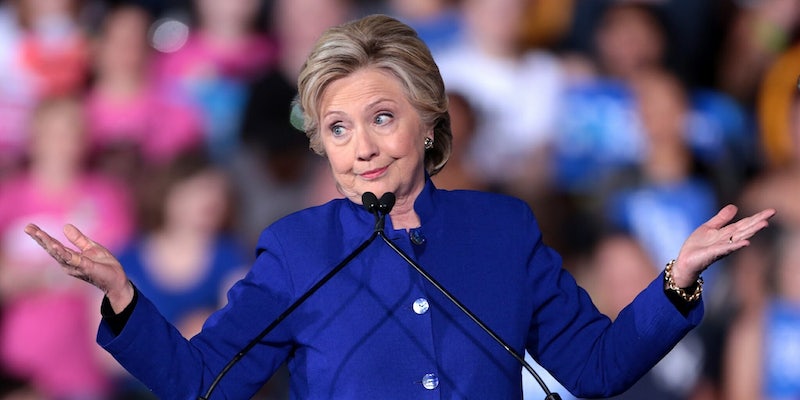 Editor’s Note, June 17, 2020: A recent New York Times report about the night of the Iowa caucuses traced one of the first instances of false association of Robby Mook with the Shadow caucus app back to a woman in Arizona. According to the Times, her posts falsely associating Mook with the app were shared by a filmmaker in Los Angeles, which were then retweeted by a since-deleted Twitter account the Times says was a Russian troll. As the Times report on misinformation makes clear, Mook in fact had nothing to do with the app — he had never even seen it before the night of the caucuses.

Correction: This post has been updated to further clarify Mook’s role in the Iowa primary election. According to the Des Moines Register, Mook helped lead an exercise before the election, for election officials of both parties, simulating various scenarios involving cyber and misinformation threats to the caucuses. While the app vendor attended, the app was not used or tested at the event, and Mook was not involved in its development or deployment.

Tonight is the Iowa caucus, and the results are… not in.

Hours after the caucuses ended and totals were supposedly sent in, the Iowa Democratic Party has not announced a winner.

Although the delay was initially pegged to “quality control,” further reports found that caucus leaders were struggling to report results with a new app designed for the vote and that it may not be working properly.

“There are now reports that the app that caucus leaders are using to report Iowa results isn’t working. Nobody knows who owns the app and there were major security concerns,” wrote Forensic News Scott Stedman.

There are now reports that the app that caucus leaders are using to report Iowa results isn't working. Nobody knows who owns the app and there were major security concerns: https://t.co/l6bfvyOSpT

That news was confirmed by Bloomberg’s Tyler Page.

The latest on delayed results: One precinct chair just told me he still hasn't been able to report his results because the phone app is not working and he's been on hold for the call hotline for more than 30 minutes. More from my story this morning https://t.co/DDuub1aDa3

In a statement, the Iowa Democratic Party said the delays were a result of the reporting inconsistencies and not the app. In their announcement, the party also said the delays also have nothing to do with a hack.

“The app did not go down,” said IDP Communications Director Mandy McClure.

It’s not clear what the problems might be, but one thing is known. People are upset with Robby Mook, Hillary Clinton’s former campaign manager.

Mook’s name has repeatedly come up in the evening in the wake of the reported failures, with many on social media connecting Mook with the app.

But there is no evidence Mook was involved in developing or deploying the app.  Mook, who received outsized ignominy for being behind Hillary Clinton’s failed 2016 strategy, led a simulation exercise for party election officials demonstrating how things might go wrong with the upcoming caucus, according to the Des Moines Register.  The app developer was among the attendees but the exercise, which focused on dealing with misinformation, did not involve use of the app:

Both Iowa parties and their app and web development vendors participated in an exercise last fall with Harvard’s Defending Digital Democracy Project. Led by campaign experts Robby Mook and Matt Rhodes, as well as experts in cybersecurity, national security, technology and election administration, they simulated various scenarios involving cyber and misinformation threats to the caucuses.

A statement from the Belfer Center said that no technology, including the mobile app, was used or tested at the event.

In a tweet, after people were repeatedly tagging him on Twitter, Mook said he had nothing to do with the app.

“Sorry, folks. I did NOT have anythjng to do with building the Iowa caucus app. I dont know anything about it, had no role in it, and dont own a company that makes mobile appa. Please contact @iowademocrats with questions about it,” he wrote.

Sorry, folks. I did NOT have anythjng to do with building the Iowa caucus app. I dont know anything about it, had no role in it, and dont own a company that makes mobile appa. Please contact @iowademocrats with questions about it.

While it’s been confirmed Mook had nothing to do with the app (updated June 18, 2020), he was nonetheless getting savaged by people online for the delay.

.@RobbyMook what the fuck is your problem, dude?

There is currently no timetable for results in Iowa.