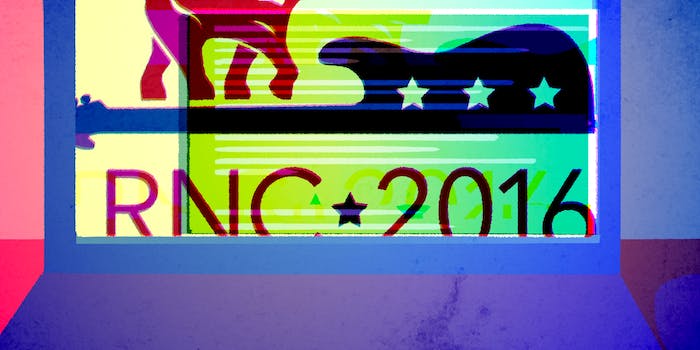 'The Russians have hacked into both parties at the national level.'

The Republican National Committee was hit with a successful cyberattack, according to Rep. Michael McCaul (R-Texas), but less than an hour later, he backtracked on that claim and said he misspoke.

McCaul confirmed on CNN on Wednesday afternoon that Russians hacked into the Republican organization, but the RNC denied it, saying “there is no known breach.”

“The Russians have hacked into both parties at the national level,” McCaul said. When questioned by CNN host Wolf Blitzer, McCaul confirmed the hack touched emails and other data.

But less than 40 minutes later, McCaul backtracked, saying he misspoke.

I misspoke by asserting RNC was hacked. What I meant to say was, in addition to DNC, Republican political operatives have also been hacked.

The Daily Dot reached out to the FBI on Monday regarding a possible leak of RNC documents reportedly up for sale on a dark net marketplace. The FBI acknowledged the request for comment but did not provide any follow-up response.

During the summer, the Democratic National Committee was breached by hackers that some believe to be working for the Russian government. Tens of thousands of emails have been leaked online as a result. No definitive proof has been offered about the source of either cyberattack.

Almost immediately after McCaul spoke, though, the Republicans denied there was a hack.

This apparently is what McCaul meant to say.

McCaul spokesman sends along this background to explain what he meant to say about hackers targeting GOP operatives. pic.twitter.com/DaMXeDuPKg