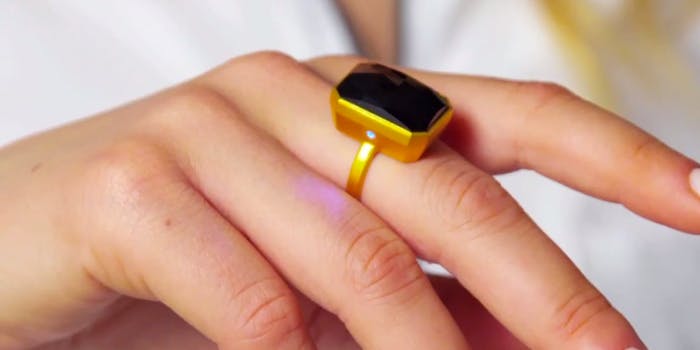 Ringly pairs with your smartphone to screen calls and send notifications

You’re at dinner with an old buddy. For a while, it’s a gauzy trip down nostalgia avenue. Then you start talking about tax rates and insurance, and before you know it, you’re the most bored you’ve ever been in your life. Your life is The Postman. Nothing interesting will ever happen again. At moments like these, it’s tough not to check out of the conversation and check your phone. It’s also pretty rude. People are so bad at keeping their hands off their phones at dinner, there’s even a game where friends stack them on the table to try and discourage staring at their screens. Even lively, captivating conversations can get interrupted by someone’s push notifications for Twitter favs singing their siren song.

This is where Ringly, a company focused on Bluetooth-enabled jewelry that gives more subtle technology updates, comes in. Ringly is making rings that will light up or vibrate for certain messages and calls. The point is to let people put their phones away and not look at them, without missing their most important updates. That way, people with Ringly can ignore calls from telemarketers or annoying acquaintances, but get a subtle reminder when significant others or bosses start buzzing. Users can set up different light and vibration patterns for different callers or types of messages, and the rings work with both Android and Apple (users just download an app on their phone). The rings are meant to streamline phone-related distractions by letting people select only what they consider worthy of getting an update… and by relaying the updates in a more subtle way, one that doesn’t require locking eyes with a screen.

Users can even set it up so their ring lights up when they finally get a special message from their favorite Tinder match, or when their Uber driver arrives. 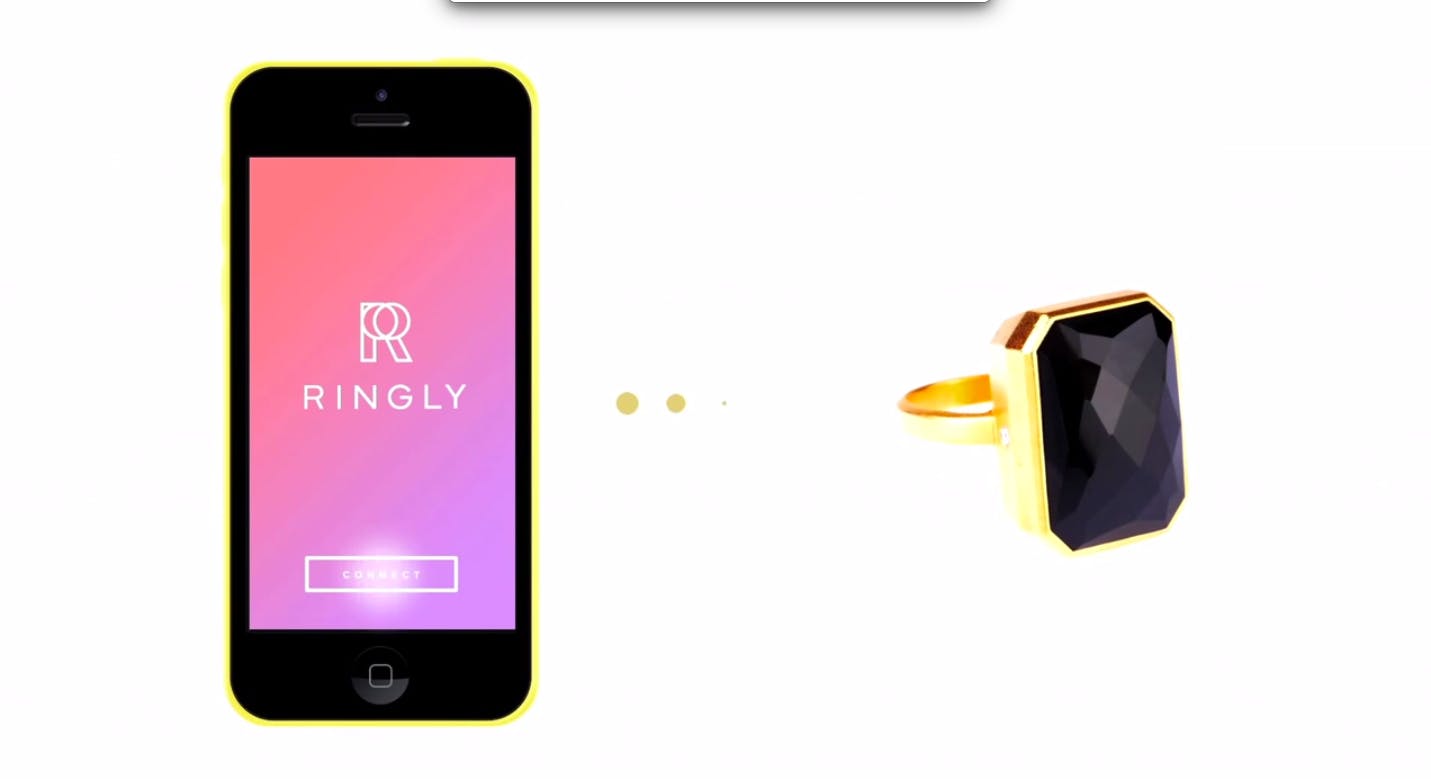 The rings are made of semi-precious and precious gemstones, including sapphire, emerald, and moonstone. They’re attractive; they look like something worth buying regardless of functionality, which will help the company immensely.

They’re obviously marketed toward women; Ringly isn’t the first “tech for ladies” product that hinges on putting the phone down (or not rifling through a purse for it, like we always do, right ladies?!!?). It all feels slightly belittling, and Ringly could be a bit gaudy for some women who like simpler, more functional technology. With this entire market, there’s a bit of a “look we made something pretty, so you girls will like it!” problem. Thankfully, Ringly’s app is more useful and original to give the device more purpose than to just be shiny.

The rings are basically pretty pagers. They’re definitely not necessary. But they offer a way to feel connected without keeping a phone out or in hand, which is becoming an appealing alternative to constant push notifications.