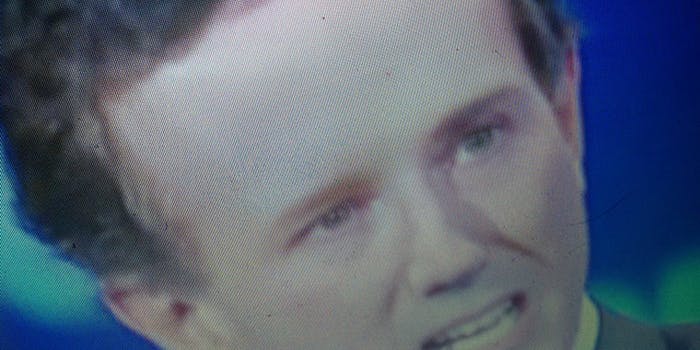 Santorum virgins get a shock

People Googling the GOP candidate's name after his Iowa showing are in for a surprise familiar to Web junkies.

Innocence lost can never be refound, but the results are still funny when they’re immortalized online.

Have you ever done a Google search for Rick Santorum? Don’t try it if you’re at work. The Republican presidential hopeful and former Pennsylvania senator made national headlines in 2003 for his aggressively antigay political views.

In response, Dan Savage, a gay advice columnist who doesn’t take kindly to second-class citizenship or those who endorse it for him, decided to Google-bomb “Santorum,” creating a not-safe-for-work website so widely linked that any search for Santorum’s name would bring up deliberately icky results.

Savage redefined the word “santorum” as a common noun describing a “frothy mixture” of substances that might stain the bedsheets after particularly vigorous man-on-man action of the type Santorum, the person, vocally disapproves.

To this day, any Google search for Santorum’s name brings up a similarly frothy mixture of recent news, political blogs, and discussions of gay sex, despite Santorum’s vain attempt a few months back to persuade Google to alter its search results and defuse the Savage bomb. (Google, as always is its policy in such cases, refused.)

Turns out lots of Americans knew nothing about Santorum’s Internet-search history until this week, when they Googled “Santorum.” The years-old bomb exploded in their browsers as Savage planned: They found something radically different from the bland political fare they likely expected.

Buzzfeed posted a collection of hilarious Twitter and Facebook screenshots from 25 people who just Googled “Santorum” for the first time. Some actually assumed that Savage’s definition for “santorum” predated the candidate’s ascent to political fame.

Savage’s Santorum stunt is familiar to political junkies, the gay and lesbian community, and search-engine experts. But there are many reasons people who don’t probe deeply into politics or tech might find themselves Santorum virgins.

Also this week, news and political blogs revived interest in the story of a life-saving medical procedure Santorum’s wife underwent in 1996—a procedure that Santorum, a strong anti-abortion advocate, wants to outlaw.

That same day, Reddit hosted a megathread inspired by a redditor’s discovery of a month-old Santorum speech where he claimed no American ever died from lack of health insurance. Redditor trolltastic urged his fellow commenters to participate in Savage’s efforts by making online mention of Rick Santorum while linking to Savage’s “santorum” website, a practice known as “spreading santorum.”

Anyone reading those stories, or simply curious about the Iowa voting, might well have found themselves Googling “Santorum” for the first time.

That people are still learning about Santorum—and Googling his name—shows how remarkably prescient and effective Savage was in his search stunt. And it shows how people living inside media bubbles tend to think everyone else swims in their froth.