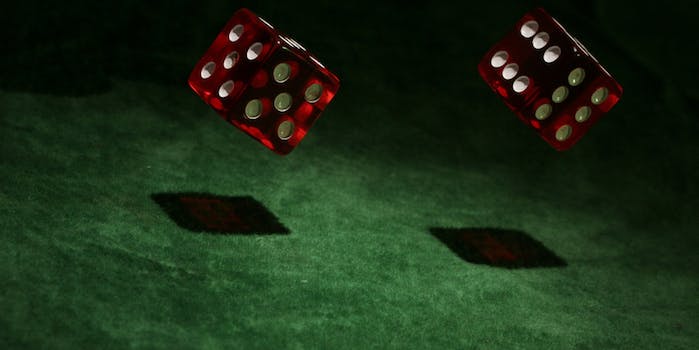 There are many places where gambling is appropriate: the racetrack, an invite-only mafia card game, just outside your liquor store, and inside those well-fortified, neon-saturated, clockless labyrinths known as casinos. But this deliberately addicting and potentially life-destroying vice industry has no business turning a profit online.

This is the untenable position cultivated by Sen. Lindsey Graham (R-S.C.) and Rep. Jason Chaffetz (R-Utah), who earlier this year introduced the Restoration of America’s Wire Act to their respective houses of Congress, both of which swung to conservative control in the 2014 midterm elections. The bill “would rewrite the Wire Act of 1961 to prohibit ‘any bet or wager’ placed via the Internet,” libertarian news site Reason.com reported in April.

Why have Graham and Chaffetz prioritized this matter above pressing issues including climate change, immigration, and economic inequality? According to on prominent theory, it’s because their good friend (and generous donor) Sheldon Adelson, a casino magnate whose empire is directly threatened by online betting hubs, strongly suggested they do so.

This bill would not only provide federal bureaucrats with another excuse to monitor the online activities of law-abiding Americans, but it would restrict economic activity in order to solely benefit one well-connected billionaire. This legislation is just another example of well-connected elites using the strong arm of government to enrich themselves by eliminating their competition by government fiat. The federal government has no business banning online gambling, and Campaign for Liberty will strongly oppose any attempts to pass such legislation now or in the future.

Paul himself decried the “cronyism” of the backroom deals that led to the bill’s proposal and said that Adelson, “perhaps best known for using his enormous wealth to advance a pro-war foreign policy, is now using his political influence to turn his online competitors into criminals.”

Even with a “moral distinction between gambling online or in a physical casino,” Paul wrote, prohibiting behavior that does not involve force or fraud has no place in a free society. It is no more appropriate for gambling opponents to use force to stop people from playing poker online than it would be … to use force to stop people from reading pro-war, neocon writers.”

While we’re debating double standards, the online gambling business—currently legal in three states—could simply collapse of its own accord. Revenues have been down in New Jersey (and one digital slot-jockey there just broke the bank), while Ultimate Gaming was shuttered for lack of profits just 19 months after it became “the nation’s first legal and regulated real money online wagering website.” Gotta watch out for those dealer busts, I guess.