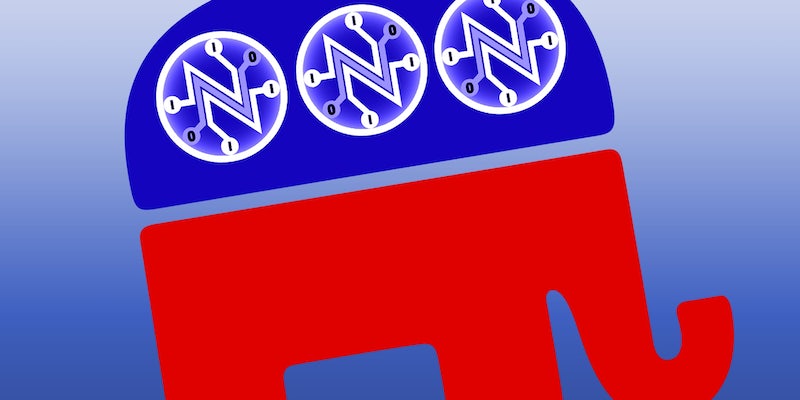 An interesting confrontation lies ahead.

Congressional Republicans on Friday released the text of a net neutrality bill intended to forestall an FCC vote on the issue, setting up yet another confrontation with an administration intent on regulatory action.

The bill says that Internet service providers (ISPs) “may not block lawful content, applications, or services, subject to reasonable network management.” The phrase “network management” is defined only loosely later in the bill, making it a potential loophole that Internet freedom advocates are likely to decry.

The same network-management exemption appears in two other provisions of the bill, including the ban on throttling traffic “by selectively slowing, speeding, degrading, or enhancing Internet traffic based on source, destination, or content.”

On Thursday, the White House said that legislative action on net neutrality was not needed.

“We don’t believe it’s necessary given that the FCC has the authorities that it needs under Title II,” an administration official said an in interview with Reuters. Title II refers to a section of the Communications Act that net neutrality advocates believe is the best way to ensure all data on the Internet is treated equally.

The Republicans who drafted the bill responded to Obama in a press release, saying that their legislation would prevent “lengthy court battles that would surely come from the FCC’s proposed action, bringing certainty to consumers and job creators alike for years to come.”

“By turning the FCC away from a heavy-handed and messy approach to regulating the Internet,” said Sen. John Thune (R-S.D.), chairman of the Senate Committee on Commerce, Science, and Transportation, “this draft protects both consumers who rely on Internet services and innovators who create jobs.”

Another striking component of the Republicans’ bill is the section outlining how the FCC can implement and oversee the bill’s substantive provisions. “The Commission,” it says, “may not expand the Internet openness obligations for provision of broadband Internet access service beyond the obligations established” in the bill.

The third section of the bill allows ISPs to ignore the net neutrality restrictions if doing so is necessary to “address the needs of emergency communications or law enforcement, public safety, or national security authorities.”

Rep. Greg Walden (R-Ore.), chairman of the House Communications and Technology Subcommittee, emphasized the principle of regulatory certainty in dismissing the administration’s push for FCC action.

“By acting legislatively,” Rep. Walden said in a statement, “we are putting forward a fresh, sustainable solution that accomplishes the goals we all share, without the needless trips to court that would jeopardize these core principles.”

Both chambers of Congress will consider the bill during their net neutrality hearings on Wednesday, Jan 21.

The entire bill can be read below.