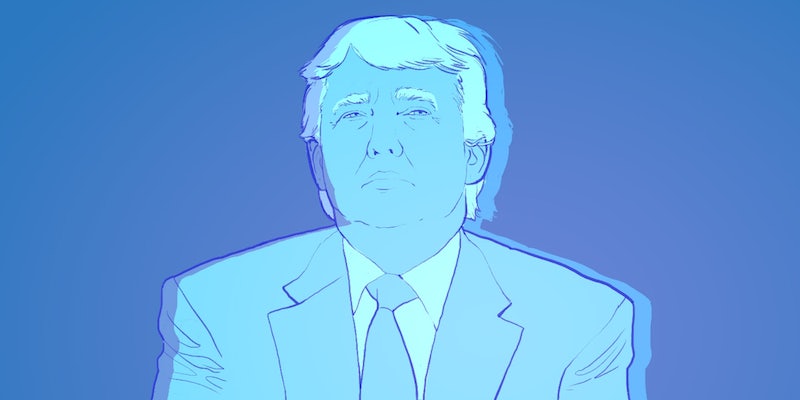 Was Donald Trump right about bankruptcy? Was Bobby Jindal right about Planned Parenthood? We've got the answers.

There were many fireworks during the second Republican presidential debates Wednesday night, during which a combined total of 14 candidates vied for the highest office in the land.

Businessman Donald Trump, the frontrunner, grabbed the spotlight because, as usual, he didn’t hide his feelings.

But Trump was hardly alone. He was joined in the spirited main debate by former HP CEO Carly Fiorina, Sen. Rand Paul (R-Ky.), New Jersey Gov. Chris Christie, and other candidates desperately seeking a bump in the polls.

In the process of answering moderators’ questions and arguing with each other, the candidates made many factual claims, some of which didn’t hold up to scrutiny. Here are our fact-checks of the most important statements from Wednesday night’s debates.

More than a decade after the invasion of Iraq, the conflict still has a profound effect on the American political conversation.

When the debate turned to Iraq, Donald Trump made several boastful claims about his opposition to the war.

This statement is false for numerous reasons.

First, as Sen. Paul immediately pointed out, he had long been against the Iraq War.

Second, Trump’s public opposition the war came a year after the war began. Although there is no way to know if he privately opposed the war beforehand, it is clear that private opposition doesn’t quite qualify as publicly condemning the war, which Trump claims he did.

Even as he praised the idea of withdrawal from Iraq in July 2004, Trump also supported George W. Bush’s reelection, again complicating his claim of opposition to the war.

The legalization of marijuana sparked a short but fiery conversation featuring Paul and Christie.

Paul had a particularly memorable moment as he pointed out that former Florida Gov. Jeb Bush smoked marijuana as a teenager and said that while “poor, African-American, and Hispanic” people often go to jail for marijuana use, “rich kids” do not.

Decades of research on the drug war supports that statement. Drug arrests have long disproportionately targeted poor and minority communities over wealthy white ones—even when the actual levels of drug use are the same.

On the other side of the argument, Christie called marijuana a “gateway drug” to harder substances. Although this was a popular talking point early in the drug war, more and more research has shown that the connection between marijuana use and harder drugs is not so clear-cut.

The debate focused on Donald Trump and Carly Fiorina’s personal wealth at one point, leading to a fiery exchange between the two.

Trump’s track record, in particular, came under a spotlight when Fiorina said that he had filed for bankruptcy four times.

Fiorina was right here, while Trump was wrong.

While Trump has never filed for personal bankruptcy, his companies have done so four times.

Before Trump even took the stage, he was the center of attention. In the earlier second-tier debate, former New York Gov. George Pataki pointed out Trump’s bankruptcies.

Even worse, Pataki claimed, was that Trump’s bankruptcies meant the loss of more than 5,000 jobs—a counter to Trump’s claims that he would be the best job-creating president in history.

Pataki’s statement is true based on all available evidence.

This is not really something that Trump denies, though. On the contrary, he has bragged for a year about pulling out of Atlantic City before its demise.

Trump has repeatedly talked up his billions of dollars in personal wealth, saying it grants him independence from the donors who have given other candidates tens or hundreds of millions to run their presidential campaigns.

“I am not accepting money from anybody,” Trump said during Wednesday’s debate.

In fact, here’s where anyone can donate money to Trump’s campaign—money that Trump will presumably accept.

One of the most impassioned discussions came when the second-tier debate focused on Planned Parenthood.

Planned Parenthood does donate fetuses to scientific research. Fetal tissue research helped produce a vaccine for polio and is currently being used to fight today’s most devastating medical ailments.

Money is exchanged during these transactions, but only to cover “reasonable payments associated with the transportation, implantation, processing, preservation, quality control, or storage of human fetal tissue,” according to the law.

All available evidence shows that Planned Parenthood is adhering to the law. While Republican candidates may be disgusted with that law and with Planned Parenthood’s legally compliant actions, it is false to say they are breaking the law or selling baby parts for profit.

When the debate turned to vaccines and autism, Trump and neurosurgeon Dr. Ben Carson dominated the conversation.

When Moderator Jake Tapper asked Trump if he believed there was a direct connection between vaccines and autism, Trump dodged, saying that, rather than not giving children vaccines, he wanted to let parents spread the shots out over time.

Trump decline to reassert his belief in a direct connection, but he did say that there was an “epidemic of autism.”

That’s a common claim among members of the anti-vaccine crowd. It’s also false, according to multiple recent research papers from around the world.

The moderator repeatedly asked Carson, as one of two doctors on the stage, to weigh in on Trump’s vaccine skepticism. Although he didn’t take the opportunity to aggressively go after Trump, Carson did make a clear and correct point: “We have extremely well-documented proof that there is no connection between vaccines and autism.”

That point is supported by a multitude of scientific studies.

Wisconsin Gov. Scott Walker lavished praise on Ronald Reagan, at whose library the debates were held, claiming that Reagan’s 1986 tax cuts led to “one of the longest periods of sustained growth in American history.”

This is demonstrably false, because by 1990, four years later, the American economy was in full recession.

Earlier in the debate, Walker focused in on his own economic history.

This is a slightly tricky claim that Walker has been making for years, but we and other independent observers have rated it misleading based on the Walker administration’s tricky accounting decisions.

In the first round debate, Jindal made a similar claim about his own economic history.

Nonetheless, even a one-percent cut is more substantial than those of the other Republican governors running for president in 2016.

Carly Fiorina argued that the health of American veterans ought to be a much bigger priority for the next president. Her claim that 307,000 veterans died while waiting for healthcare is supported by a recent federal report.