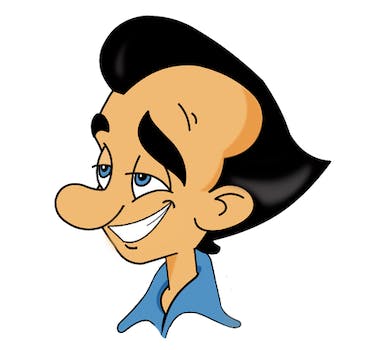 Folks at Replay Games wanted to make sure they were communicating with potential backers. So they created their own messaging board.

Kickstarter rule no. 1: if you’re going to ask for a boatload of money, you’d better get to know your backers.

Massively successful campaigns like that of YouTuber, Ze Frank,  and Web comic creator Rich Burlew have already proven how important that is. They achieved their fundraising goals by communicating with their backers.

Now, one campaign has figured out how to make fan interaction even more direct—and it’s all possible thanks to one extremely devoted backer.

Replay Games, a team of video game developers based in Austin, Tex., has spent the past two weeks promoting its Kickstarter campaign to bring back Leisure Suit Larry, the popular adventure game character who first spat cheesy double-entendres via 1987’s Leisure Suit Larry in the Land of the Lounge Lizards. Reeling in beloved game creator, Al Lowe, to help develop the remake, the group has already raised half of its intended $500,000 goal with 22 days to go.

Much of that is the result of Lowe’s and Replay Games’s conscious devotion to their fans needs; both parties have been quick to answer each backer’s call, responding to the more than 750 notes left in the campaign’s comments section and running regular project updates that keep backers in tune and potential backers enticed.

But staying up on each direct message hasn’t been easy. As Replay Games cofounder Paul Trowe wrote in a Sunday afternoon update, the Kickstarter comments section leaves a lot to be desired when it comes to direct commenting and answering specific questions.

To remedy that, Trowe announced the implementation of forums.replaygamesinc.com, a forum developed by project backer Britton Mathews that will make it easier for him and his team to respond to each specific question that backers and potential backers may have.

The team has already filled the forum with four major talking points—”Suggestions for getting the word out,” “Questions for Al,” “Suggestions and questions for the team,” and “General questions about the game.” Though conversation has continued on the Kickstarter page, there’s been a steady migration over to the new platform. Already, over 18 posts have been left on the site.

Appropriately, “Suggestions for getting the word out” has been the campaign’s most viewed thread. The Replay Games team has proven time and time again throughout this campaign that it will find its funding through keeping communication open.