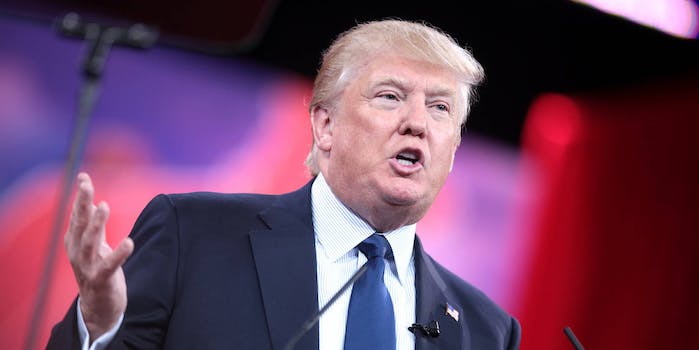 The GOP leader has been working to cast Trump’s boorish campaign style as the hallmark of a Washington outsider sent to “shake things up.” Preibus was asked on ABC’s “The Week” about a recent New York Times exposé highlighting Trump’s “unsettling workplace conduct.”

While Trump “is going to have to answer for” his behavior, Priebus said he doubted Republican voters would find fault with the presumptive Republican nominee.

“I also think there are things from many years ago and I think that, you know, as Christians, judging each other I think is — is problematic,” Preibus added. “I think it’s when people live in glass houses and throw stones is when people get in trouble.”

Trump has been accused by former female employees of making unwanted sexual advances and humiliating them. Miss Utah 1997 Temple Taggart told the Times that when she was 21, Trump approached her and kissed her on the lips without warning. (Trump bought the Miss Universe Organization and became owner of the Miss USA beauty pageant in 1996.)

Other women who took part in pageants describe being humiliated by Trump, who allegedly scrutinized the women he found personally attractive as if “inspecting a platoon.”

Trump has denied the allegations arising from interviews with dozens of women from his past, which paint him as a first-order chauvinist and serial harasser.

Priebus told ABC on Sunday that it wasn’t necessary for Trump to seek forgiveness. “It’s whether or not the person launching the charge is authentic in their own life and can actually be pure enough to make such a charge. That’s what I think most people can look at when they evaluate people’s character.”

“I think people are judging Donald Trump as to whether or not he’s someone that’s going to go to Washington and shake things up,” added Priebus. “And that’s why he’s doing so well.”