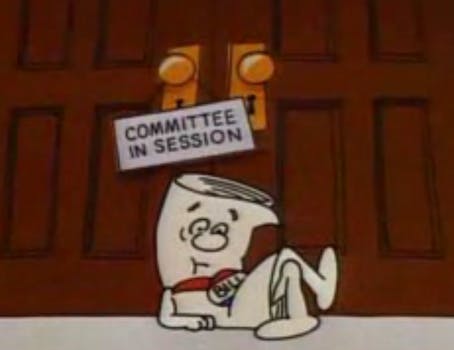 Internet to Congress: “Take a breath, step back”

Wordpress, Reddit, and the Electronic Frontier Foundation are part of a coalition that sent a joint letter to the U.S. House of Representatives: "Now is the time for Congress to ... approach the issues from a fresh perspective."

A coalition of 75 technology companies and watch-dog groups, including WordPress, Reddit, and the Electronic Frontier Foundation, has urged the U.S. Congress to shelve legislation that could harm“ free speech, innovation, cyber security, and job creation.”

The Stop Online Piracy Act (SOPA) and the Protect IP Act (PIPA), much maligned in the tech sector, have been postponed indefinitely. But in a joint letter to the U.S. House of Representatives, the groups urge Congress to hold back from considering similar intellectual property legislation:

“Now is the time for Congress to take a breath, step back, and approach the issues from a fresh perspective. … The Internet’s value to the public makes it necessary that any legislative debate in this area be open, transparent, and sufficiently deliberative to allow the full range of interested parties to offer input and to evaluate specific proposals. To avoid doing so would be to repeat the mistakes of SOPA and PIPA.”

The letter is unlikely to have any real influence on Congress. But it shows that the makeshift coalition that united to combat SOPA and PIPA is in the fight for the long haul.

And the next time the entertainment industry tries to slip IP legislation through Congress, they’ll be ready.

View the full letter below.