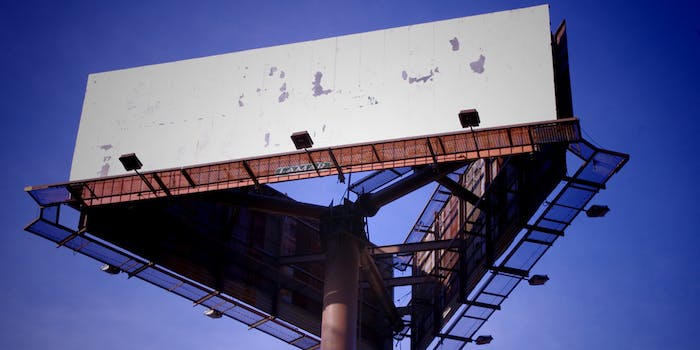 As pawns of a capitalist society, we often feel helpless against the corporations that have wronged us. Even a personal lifetime boycott won’t make a dent—but a damning Reddit thread just might.

“What company has forever lost your business?” was the question posed on AskReddit. The response: explosive. From British Airways to Time Warner and even some local mom-and-pop stores, there was no shortage of ire to go around.

Currently PayPal is the most reviled entity in the thread; the top-voted comment comes from user bigshmoo, who had been on the board of a nonprofit when “paypal froze their donation account because they got a big ($5k) donation from the U.K. Wouldn’t un-freeze it, wouldn’t send the money back so the donor could wire it. Took 6 months and a lot of threats from our lawyers to get the cash.” Additional horror stories followed.

Next up is AT&T, which reportedly has misleading contracts in addition to dreadful customer service. British Petroleum takes third place, though not for the reason you may think. While the company certainly “damaged the environment in the gulf” in the recent past, a user writes, British Petroleum also “overthrew my country’s democracy in 1953.” Indeed, BP (then known as the Anglo-Iranian Oil Company) had a significant role to play in the 1953 Iranian coup d’état.

Other companies came under fire for hiring practices. One person had an appalling experience interviewing for a job at Forever 21:

I was trying to get off of disability. The manager saw the gap in my employment history and asked why it was there. I explained that I had some surgeries and hadn’t been able to work but I was rejoining the workforce. She told me right then and there that if I was disabled she wouldn’t hire me. She gave me my application back and pretty much told me to stop wasting her time as I was trying to explain to her that my disabilities wouldn’t impede in a retail job setting.

According to Reddit, Adobe products are too expensive, Nestlé forced its baby formula on African countries with disastrous results, Walmart fosters a homophobic work environment, Greyhound overbooks its buses, Wells Fargo laundered billions of dollars for drug cartels, and then there’s a place called Frida’s bakery, staffed by a raging jerk:

I called them to get a cake made for my mom’s birthday. It was supposed to have dark chocolate ganache on it. The snotty bitch on the the other line told me there was no such thing, then told me she had customers out the door, put me on hold, then the line drops. I actually though it was my fault for not explaining myself properly to an overworked register girl. I figured that it would be a better idea to explain it in person as I’m 5 minutes away from the place. I drive over and much to my rage I find one actual customer there. No line, no work, just a bitchy clerk who greets me with ‘what do you want’. I don’t even bother and just walk out. I eventually find a supermarket bakery that gave me exactly what I asked for. It was the last birthday cake my mother ever enjoyed because she died a week later due to COPD. Fuck you Frida’s.

Almost as an afterthought, there are the companies that simply sell a poor product. The CEO of Papa John’s has some questionable views on Obama’s healthcare agenda, but let’s not forget that “their pizza sucks.” Apple’s gadgets have “a guaranteed shelf life and a built in obsolescence.” The most dissatisfied customer of all, however, would have to be the guy whose one-word answer to the original question speaks volumes: