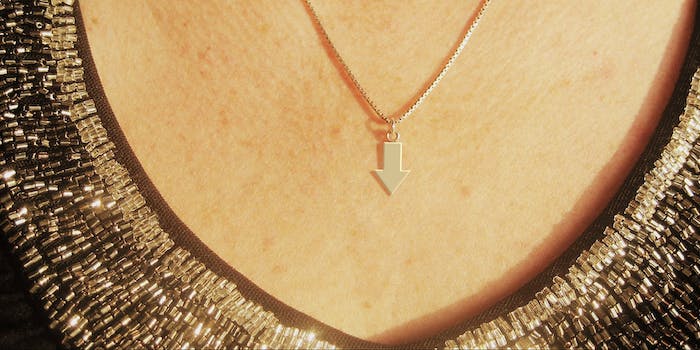 Reddit's expanding alumni page may not be the only sea change in store.

Although some of yesterday’s darkened subreddits have been restored to public access after the (Second) Great Reddit Meltdown of 2015, something is still rotten in the state of Internet forums.

The mysteries keep mounting over what seems to be a string of Reddit staffers who have been abruptly dismissed from their positions, including one who claims to have been fired because he had leukemia.

An anonymous source close to Reddit told the Daily Dot that at least 14 staffers have been dismissed since late 2014 due in part to the site’s recently instated relocation policy. Each of these former staffers seems to have been abruptly dismissed from their position in the months since controversial interim CEO Ellen Pao took on the role in November. Staff were initially given until the end of 2014 to decide whether or not to accept relocation assistance or take a severance package.

In an email to the Daily Dot, a Reddit spokesperson denied the accusations and passed along an apology from Pao for the way the “transition” was handled.

Reddit also stated that only three staffers were asked to relocate to headquarters:

“It was not a company-wide mandate, thus it had no impact on the broader team,” a spokesperson said.

This statement would seem to contradict a tweet originally made about the policy by former CEO Yishan Wong in October of last year:

@dhh Intention is to get whole team under one roof for optimal teamwork. Our goal is to retain 100% of the team.

Staffers who were alleged to have been impacted by the relocation policy include Victoria Taylor, former director of communications for the site, whose sudden termination triggered yesterday’s sitewide moderator-driven shutdown. Taylor, who is based out of Brooklyn, was a popular redditor responsible for coordinating the site’s AMA sessions with personalities, including President Obama.

They also include Dan McComas, the founder of Reddit’s annual Secret Santa, which evolved into the extremely popular offshoot Reddit Gifts, and David Croach, a.k.a. Dacvac, popular moderator of over 50 subreddits including “defaults” like r/IAmA, r/gaming, and r/pics. McComas was terminated after relocating to San Francisco, while Croach claimed he was allegedly terminated while in the process of negotiating his relocation timeline.

While Reddit refused to comment on the departures of McComas and Taylor, a spokesperson refuted Croach’s claims that he was fired due to his illness.

[The relocation policy] was a total clusterfuck and will continue to see fallout over the next few months. I predict that all but 3 or 4 of those who relocated will not be there at the end of the year.

A Reddit spokesperson denied this, stating that only three employees “were asked to relocate to headquarters:”

It was not a company-wide mandate, thus it had no impact on the broader team.

In the day following news of Taylor’s dismissal, McComas and Croach have both opened up about their recent departures from the site. Although McComas did not expressly say that he was involuntarily dismissed from Reddit, his tweets about the subject in conjunction with rumor-fueled discussion about his departure were bittersweet:

And yes, I am also no longer a part of @redditgifts. This hurts.

You can say "it's business" but when you pour your heart into it, and others do too, it really hurts to lose it.

I'm not going to do an AMA. I just don't have the time, or willingness to open wounds right now.

Croach, however, did take the time to discuss his departure publicly, with an AMA about his dismissal which stayed on the front page of the newly unshuttered r/IAMA most of yesterday evening.

In the AMA, he claimed that the issue of relocation had come up several times between him and Pao over recent months. Croach was about to move to San Francisco in 2012 when he was diagnosed with leukemia, which delayed his departure for several years. During that time, his position as a Reddit community manager remained open. However, after allegedly telling him in January that he could have several months to prepare for his move, Pao abruptly terminated him a month later.

According to Croach, his illness was the main reason for his termination. But Reddit denied this, stating, “Regarding David Croach’s allegation that he was terminated for being ill—that is false.”

Meanwhile, the anonymous source we spoke with implied that the relocation policy was acting as a kind of jumping-off point to rid the staff of any recalcitrant voices:

Reddit has a really weird vision under Ellen and [founder Alexis Ohanian], and in order to achieve it, they need people who will get on board … Just keep an eye on the alumni page.

Still, Reddit admins appear to be frantically communicating to their frustrated mods behind the scenes, and Pao herself has promised to “figure this out and fix it,” promising a host of tools to make life better for Reddit mods.

In a statement emailed to the Daily Dot, she said:

I want to apologize for how we handled the transition Thursday. We should have informed the moderators earlier and provided more detail on the transition plan. We are working to make improvements and create the best experience for our users and we aren’t always perfect. Our community is what makes reddit, reddit and we let you down.

The “transition” so far seems to be a tormented one, away from an emphasis on free speech at any cost and toward respecting all members of Reddit’s userbase and building a harassment-free community.

It seems Reddit’s expanding alumni page may not be the only sea change in store.

Update 8:03pm ET, July 4: Reddit has clarified its previous statement regarding the three individuals asked to relocate. In an emailed statement, a Reddit spokesperson added the following:

“This wasn’t a company-wide mandate?. A small number were asked to relocate. An even smaller number decided not to for their own reasons.”

Photo via Denise Krebs/Flickr (CC BY 2.0) | Remix by Jason Reed