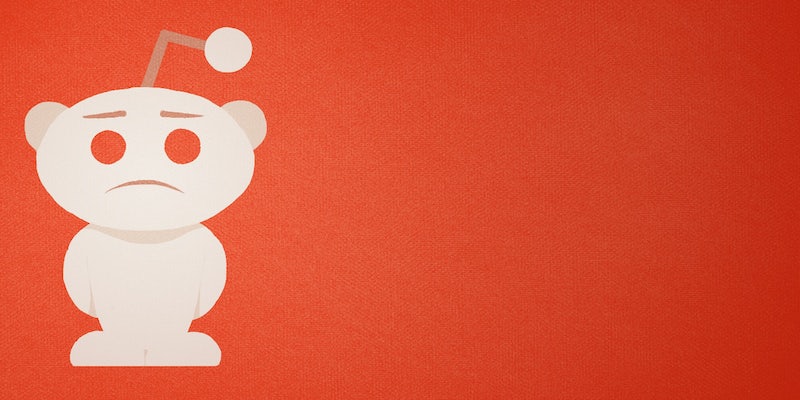 Infighting and alleged news suppression plagued one of the site's biggest subreddits.

Hearts everywhere are grieving over the tragic news of the Orlando massacre that occurred early Sunday morning. At least 50 people were killed and at least 53 were injured in the deadliest mass shooting in American history.

The news has been all over social media feeds, including Facebook, Instagram, and Twitter. But if you’re a Reddit user, you may have been surprised to find no news about the Orlando shooting the morning after the incident on Reddit’s front page.

r/news, a subreddit that is dedicated to posting and discussing recent news, appeared to be unfocused on the important story. Many users heavily rely on it as a primary source of news since it’s a default subreddit with almost nine million subscribers.

Needless to say, it’s fairly normal for any news that is nationally noteworthy to make it onto r/news, thus the limited coverage of the Orlando shooting was puzzling to many redditors. Some users are saying that this is the fault of the moderators that run the news subreddit.

A moderator is a volunteer Reddit user who helps mediate discussion and decide what material is appropriate for the page they moderate. They have the power to remove any comments, posts, and threads that they deem necessary. Many redditors claim that the r/news moderators deleted related posts to the shooting as a potential attempt to censor their subreddit—something that goes against the ethos of Reddit.

A redditor shared a post on Sunday morning on r/The_Donald, which appears to reveal that they were banned after attempting to share news of the Orlando shooter’s alleged Islamic radicalism on r/news.

Given our country’s tendencies to jump to conclusions about Muslims and first-generation Middle-Eastern-Americans, it makes sense that in the immediate hours after this happened, moderators would want to make sure facts were solidified first before causing panic. However, many complain that the moderators were being selfish and immoral because they were deleting vital information about the shootings, including information on where to donate blood.

Tensions escalated between users and moderators, culminating in moderator SuspiciousSpecialist commenting “kill yourself” on a post that was critical of them.

Conspiracy theories abounded, with some users believing that SuspiciousSpecialist is an alternative account of a past abusive moderator allegedly forced to work under a new name. Users over on r/askreddit allege that this is evidenced by the account’s brief four-month existence. It is fairly uncommon for such a new user to assume moderating duties on a major subreddit. Once again, SuspiciousSpecialist appeared to lash out at users following the r/askreddit debacle.

The moderators over on r/askreddit appeared to take charge of the situation, creating their own mega-thread so that Reddit users had a place to discuss the shootings and share vital information. It was found that even the controversial subreddit r/The_Donald allowed open discussion about the shootings, though many of their subscribers claimed that the moderators of r/news are “homophobic” and need to “step down.” One user pointed out how the front page has no information about the shooting if you filter out the r/The_Donald subreddit.

The moderation team of r/news created a mega-thread in an effort to promote transparency and address conflicts on the subreddit. It was revealed that, due to their negative backlash, members of other subreddits were partaking in “vote-brigading”: purposely coordinating upvotes or downvotes on a post or comment in order to manipulate the voting system.

Despite the plea for an open discussion, many users’ criticisms were nonetheless deleted by the r/news moderation team. One Reddit user claims they got a temporary ban for asking what alternative location would be best for an Orlando shooting discussion. Reddit users are absolutely furious over the performance of r/news moderators, some even going as far as to organize a petition to replace the entire moderation team.

On Monday, the moderation team began allowing posts pertaining to the Orlando shooting onto r/news, creating a brand new mega-thread in the wake of the previous one’s many issues. One of the moderators admitted that “mistakes were made.”

Another user opened up about how disappointed they were with the entire situation, summing up how many redditors felt about the state of r/news: 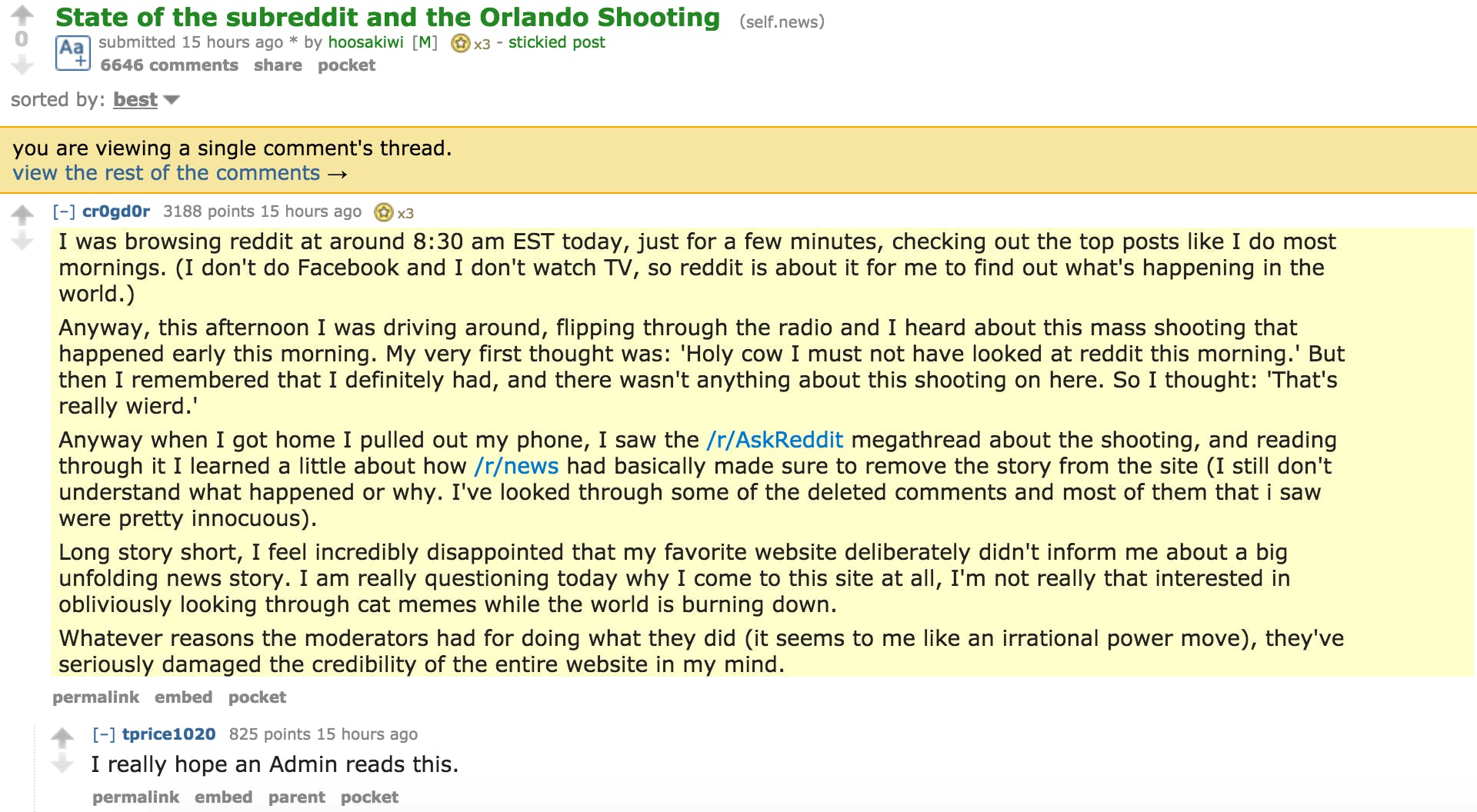 Users are hoping that Reddit admins will listen to their concerns and investigate further on the matters. The moderators from r/news were asked for comments on the allegations. As of this writing, they’ve yet to respond.