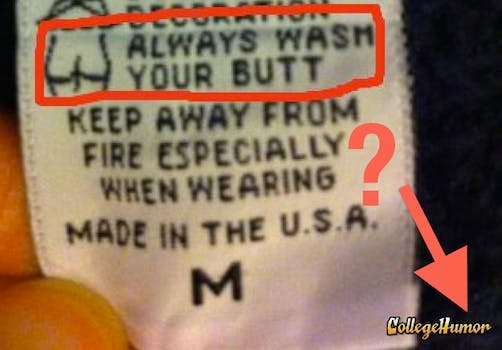 One dad whose baby photo ended up on the humor site says he didn't grant permission.

CollegeHumor built its sophisticated-yet-sophomoric reputation on fantastic original content produced by a team of top-notch writers and comedians.

So why are they nabbing pictures from Reddit users without their permission?

The humor site has lifted at least six original photographs from the social news site’s most popular image section, r/pics, in recent weeks. CollegeHumor does not attribute any of the photographs to a source. Instead, it emblazons its logo on their lower-right-hand corner of each.

In messages to the Daily Dot and another Reddit user who wished to remain anonymous, three of these Reddit users confirmed they are the original photographers—and as such, hold the copyright.

One photograph shows an infant in the foreground with a Sesame Street Elmo doll ominously waiting in the background. That was posted to Reddit on September 27 with the headline “Wife sent me this pic. When I get home, Elmo is headed for the basement.”

The same day, the same photograph appeared on CollegeHumor. The headline read: “Elmo Stalks Newborn Baby. Hell no, Elmo. To the basement of forgotten toys you go.”

The photographer is John, a 38 year-old project control analyst. His daughter’s name is Lillian. He told the Daily Dot he probably would have denied CollegeHumor the right to reuse his image. He received a harassing message about his daughter after posting the photograph to Reddit.

“That made me think twice about putting a pic of my daughter on the Internet,” he wrote in a Reddit message. “I think once and done might have been it.”

Users of a site like Reddit are probably savvy enough to know that when you post an image online it can be next to impossible to control its proliferation.

As Reddit users often do, all three used Imgur, an image-hosting site whose terms of service do not assert copyright over the image; the copyright remains with the work’s creator. (Reddit itself only links to images and does not provide any form of image hosting, so it wouldn’t be involved in a copyright dispute.) And ordinary Internet users rarely worry about who has rights to a photo they find online.

But that common understanding doesn’t reflect the law.

Ray Beckerman, an attorney specializing in copyright and a member of the Electronic Frontier Foundation, told the Daily Dot by email that CollegeHumor’s use of Reddit users’ original photographs is “a clear copyright violation.”

It’s not clear who first added the images to CollegeHumor. The site allows users to upload images to the site, but admonishes them to “make sure it’s awesome, and not copyrighted or illegal.”

The site does have a pictures editor, as well, Jeff Rosenberg, and an editor of user-generated content, Kevin Corrigan. Someone on the team is clearly tasked with adding the CollegeHumor logo to images.

CollegeHumor features 10 to 15 new images a day. That’s hardly a flood of daily photographs. So why not check with the copyright holders before posting?

There are also free tools to search the origin of photos online, such as TinEye. Karma Decay will even show you the first instance of the photograph on Reddit.

CollegeHumor is owned by IAC, an Internet company currently valued at around $3.5 billion. IAC owns more than 50 websites, including Match.com, OKCupid, and Ask.com. IAC boasts that its network of sites is the fifth largest in the world, receiving nearly 300 million visitors every month.The CollegeHumor network receives about 8 million visitors a month, according to Quantcast, a traffic analyzing site.

The site’s representatives refused multiple requests from the Daily Dot to comment for this story. They demanded to know the “premise” of our story before responding. As such, their editorial process and copyright rules remains opaque.

CollegeHumor’s site instructs people who believe their copyright has been violated by user-submitted content to follow a formal process set out by the Digital Millennium Copyright Act and contact Ricky Van Veen, the company’s CEO. The DMCA wouldn’t cover photos uploaded by the site’s editorial staff, however.

Another Reddit user, Isaac Hayes, told us he probably would have given CollegeHumor permission to use his photograph (posted on CollegeHumor here). All they had to do was ask.

That’s just common courtesy, after all, isn’t it?

Here’s a comparison shot of John’s baby photo, showing the added CollegeHumor logo, and more examples of images that have appeared on both Reddit and CollegeHumor. 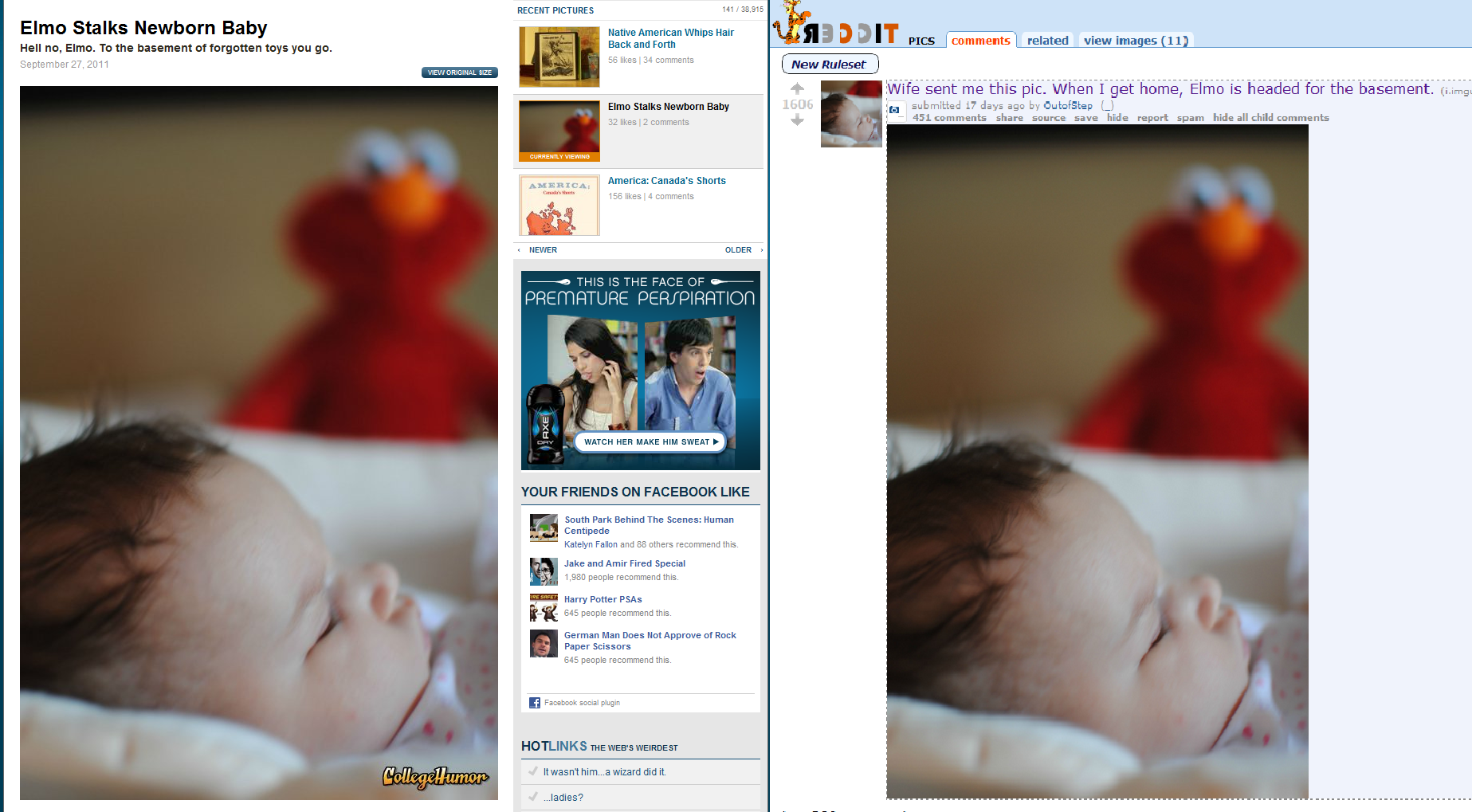 Reddit:I manage a store of a popular pizza chain (guess who), and one customer had certain instructions that i just had to follow
College Humor: Pizza Guy Draws Dinosaur for Customer. Don’t worry about leaving a bigger tip, he just took 2 slices for himself.

Reddit: I guess my pants can smell
College Humor: Always Wash Your Butt. You can never escape your mother’s suggestions, even if you send her to go work in a factory.

Reddit: Are you chris?
College Humor: Are You Chris Flowchart. There’s another flowchart when he turns around that forces him to go to sleep.