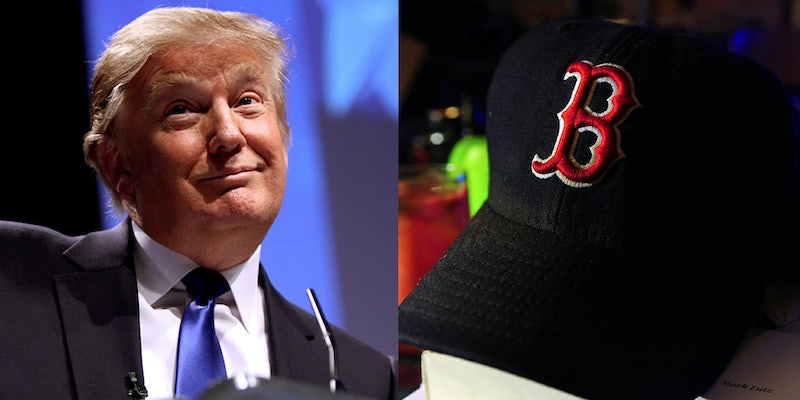 The White House misspelled “Red Sox,” the name of the baseball team visiting the White House today after winning the World Series, on its website and YouTube page, instead writing “Red Socks.”

The Boston Globe noted that the White House’s website for a schedule of live events listed the team as the “Red Socks” and the YouTube page for the live video read: “President Trump Welcomes the 2018 World Series Champions The Boston Red Socks to the White House.”

The @WhiteHouse spelled @RedSox as "Red Socks" on its website and @YouTube pages ahead of today's event: "President Trump Welcomes the 2018 World Series Champions The Boston Red Socks to the White House" (it's now fixed). https://t.co/lZAttYHWMS pic.twitter.com/0cwmlanq0D

The two typos were fixed around 10am CT, the Globe reported.

The team has been called the Red Sox since 1907, according to Boston.com.

The ceremony at the White House is traditionally held for teams that win championships in major league sports. Last year, President Donald Trump withdrew the invitation for the Super Bowl LII champion Philadelphia Eagles to come to the White House over disagreements about players protesting during the national anthem.

This year, Red Sox Manager Alex Cora and a number of other players are not expected to attend the ceremony.