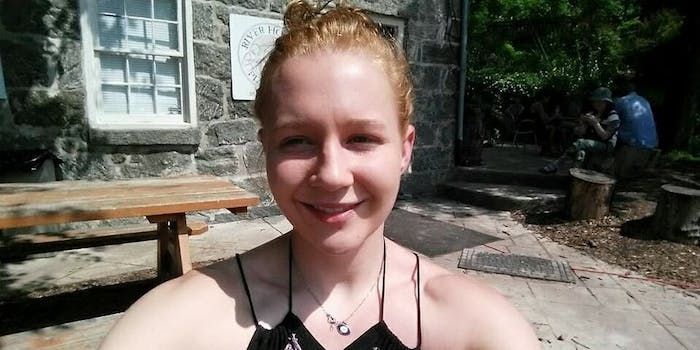 Supporters of Reality Winner are planning a candlelight vigil to raise the public profile of the former National Security Agency contractor accused of leaking classified material.

On June 3, exactly one year since she was imprisoned, Winner’s mother and supporters plan to gather in Lincolnton, Georgia, close to the jail where she is being held pending trial.

The 25-year-old decorated Air Force veteran is accused of passing a secret intelligence report to the Intercept that claimed the Russian military had attempted to hack voter registration systems in a bid to interfere with the 2016 presidential election.

Winner was quickly arrested by the FBI and charged under the Espionage Act with “removing classified material from a government facility.” She now faces up to 10 years behind bars and $250,000 in fines.

Although she entered a plea of not guilty, Winner has been denied bail on four occasions. Federal Judge Brian Epps cited social media messages uncovered by law enforcement in which the veteran showed admiration for whistleblower Edward Snowden and Wikileaks founder Julian Assange.

Winner’s defense is currently appealing a major decision by Epps, who denied 40 of 41 requested subpoenas on April 27. The judge claimed that the subpoenas were “overly broad” in scope, seeking documents from numerous federal agencies and government departments, but Winner’s attorneys say the requested information is “essential” to their defense case.

In a press release, supporters of the accused whistleblower lament that the case is receiving little attention and hope that Sunday’s vigil might change that.

“I would invite everyone to come together to support my daughter Reality on this one-year anniversary of her arrest and jailing,” the veteran’s mother, Billie Winner-Davis, said in a statement. “I do not want the world to forget her.”

Winner’s trial is set to begin Oct. 15. She is set to be the first person prosecuted by the Trump administration for leaks.