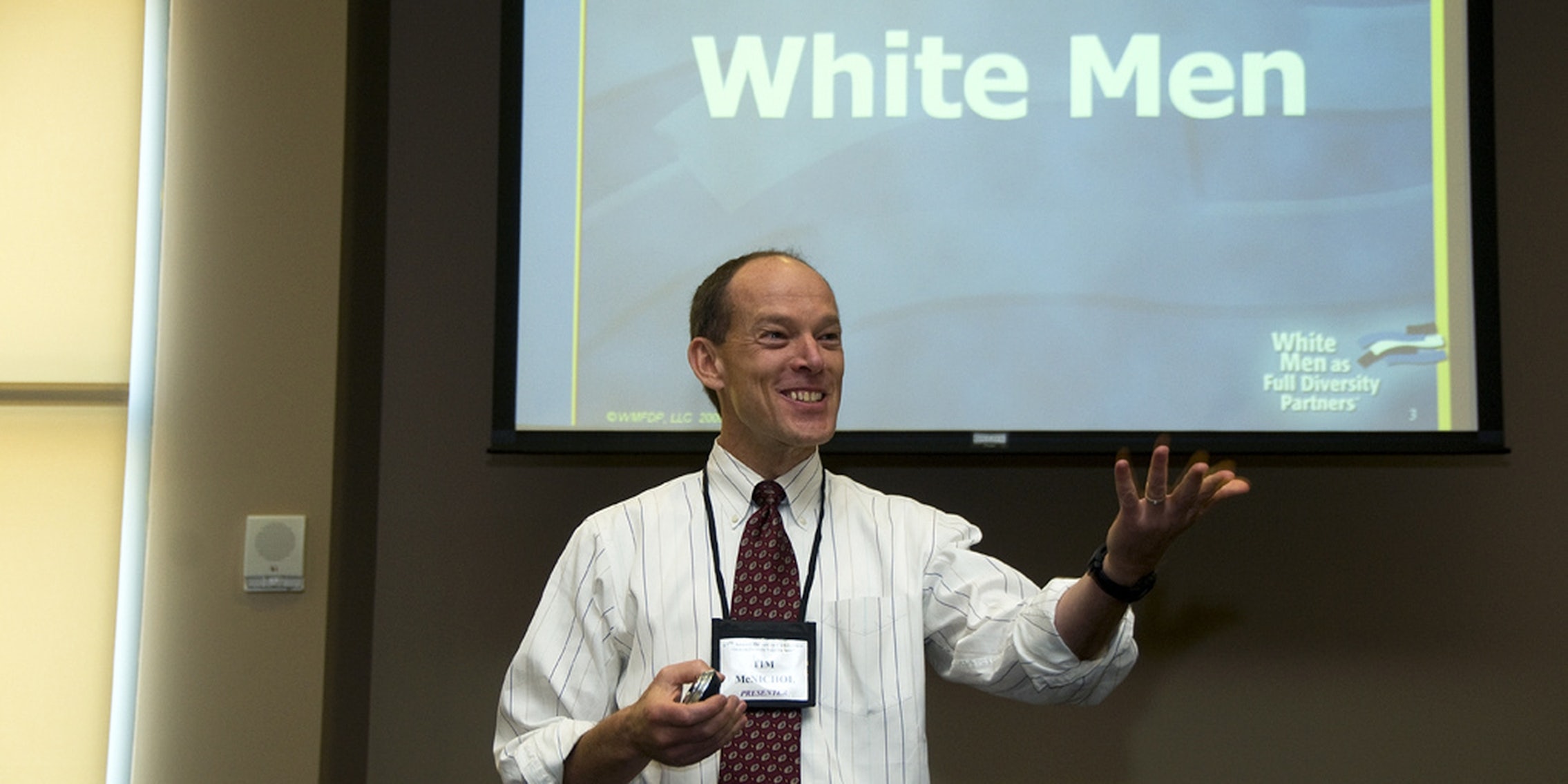 The rising hashtag is changing the way people think about diversity initiatives.

Technology firms say they want to improve diversity within their companies. Giants like Google and Facebook have promised to change the way their workforces look. But is all that million-dollar talk getting them any closer to attracting and retaining minority talent?

The hashtag accompanies questions companies should be asking themselves, and highlights issues like “culture fit,” age, socioeconomic backgrounds of employees and recruits, and talent retention—all issues that are often ignored while firms blame the pipeline for lack of talent, and use vague language to describe diversity in their organizations.

How many harassment cases have you settled out of court?

What's your retention rate for women? For WoC?

#RealDiversityNumbers
What % of employees of color feel like they can succeed in your co?
How frequently are women promoted compared to men?

#RealDiversityNumbers
How many minorities in tech experiences have you read within the last month?

Does your company financially burden people with disabilities via health insurance "discounts" they can't get? #RealDiversityNumbers

How many of your developers received free school lunches or lived in Sec. 8/public housing as children? #RealDiversityNumbers

How many marginalized people have left your company because they didn't feel they were being respected?#RealDiversityNumbers

As Silicon Valley and tech companies across the U.S. continue to tout the importance of improving the number of women and people of color within their companies, they also must realize it’s not just an issue that can be solved by throwing money at a problem, or simply recruiting talent from diverse groups out of college or within the tech community.

The #RealDiversityNumbers hashtag demonstrates the nuance required to actually make changes within a company. It requires transparency beyond the annual release of diversity statistics. When companies begin to ask these questions and provide answers to both themselves and potential employees, it creates a valuable dialogue that can help organizations foster and maintain diverse workplaces, and hold them accountable for fulfilling diversity goals that can’t necessarily be quantified in a chart.

But no company is answering them, yet.

Photo via OregonDOT/Flickr (CC BY 2.0)