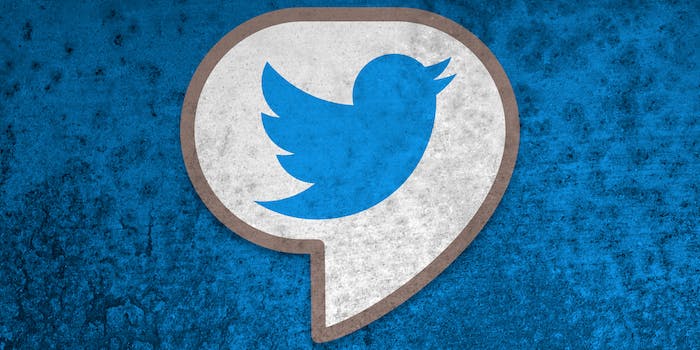 The most ratioed tweets of 2018

The reply-to-retweet ratio says it all.

It’s the one app on your phone where you can type in a single sentence and 30 seconds later find yourself at war with half the world.

It’s … not great. And while the company itself spent the year helping spread ethnic cleansing in Asia, obfuscating about its algorithms in front of Congress, and shedding users like a million snakes simultaneously molting, it dropped one excellent new feature that its worst users adopted with the kind of savvy digital literacy you typically only see in today’s extremely online youths: getting ratioed to hell and back.

Ratioed, for the uninitiated, is when a person’s take on the site is so bad that the number of replies to it telling how they’ve fucked up far outpace the people retweeting and liking it in support. According to Merriam-Webster, ratioed only refers to tweets that receive mostly negative or critical replies. Although the concept originated in 2017, it was only in 2018 that the site’s truly terrible tweeters’ most abhorrent thoughts got the tens of thousands of replies they really deserved.

1) Todd Starnes on the Parkland children

America’s status quo on gun laws is perhaps the real unknown source of inertia that’s secretly holding the universe together, but after the school shooting in Parkland, Florida, where 17 people were killed, it seemed like reform might actually happen. It hit its zenith during a publicly televised town hall where some of the children spoke down to a U.S. senator for supporting the National Rifle Association.

Pay for his or her college, as he or she is obviously worthy of investment in their future.

By most reasonable accounts, Rep. Jim Jordan (R-Ohio) witnessed rampant sexual abuse in his time as a wrestling coach at Ohio State. At best he willfully ignored it, and at worst he participated in a Penn State-style cover-up.

And while that story was all over the national discourse, Jim Jordan was worried about a cover-up. Somewhere else.

Jamie Lee Curtis is a staunch public advocate for the responsible use of guns by Americans and that upset Fox News, because in her latest movie she held a gun.

I've got news for you. Despite popular myth, Lionel Ritchie does not, in fact, party all night long, just as Jamie Lee Curtis, here seen ACTING A CHARACTER with different beliefs. Good grief.

(Fox does deserve credit however for recently leaving Twitter forever, somehow proving itself to be the only sane actor on this planet.)

4) State senator wonders how Robert E. Lee should be remembered

People (Chris McDaniel) are wondering (they really aren’t) in this current climate (or all the time), how generals in the Confederacy (people who fought to keep slavery) should be remembered (as bad)?

(The intention of his tweet was to be a shithead. Everyone got it.)

Oh, does @eScarry think he can delete his misogyny without an apology?

I don’t think so. You’re a journalist – readers should know your bias. pic.twitter.com/2KJuiPsUR2

6) ‘Free books should not be free’ take

We were going to chime in… but it looks like you guys have it covered.

7) Trump defends his stance on Russia

One facet of being extremely online is that as a frequent poster, you’re constantly subjected to being ratioed, especially if you’re waking up every single morning and spouting off the most nonsensical bullshit that pops into your head without any discernible thought to your over 30 million followers.

The president honestly gets ratioed every single day, and at least we can respect that it hasn’t curbed his desire to keep posting through it.

But his claim that no one was tougher than him on Russia was met with many, many responses.

8) ForAmerica freaks out over a same-sex kiss

When America was beset with a border crisis, after our president implemented a draconian family separation policy that split up kids and families who tried to enter America, locking those children in cages, the Washington ruling class continued going about their day, doing their typically carefree bourgeoisie things.

10) Brooklyn BBQ is taking over the world.

where's the rest of it?