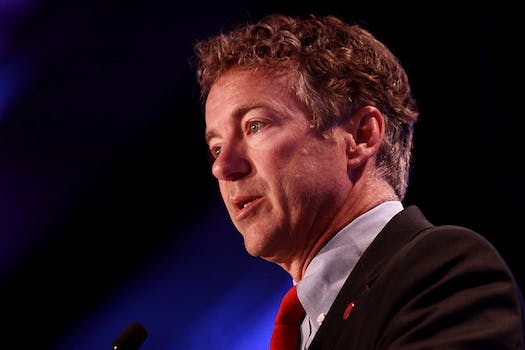 Running for president is a long and complicated dance that involves years of carefully choreographed forward and backward motion. The key for hopeful candidates is to keep their names forever on the lips of the political pundits, so that when they do finally announce, it’s not a surprise; yet, at the same time, never tip their hat too obviously before officially throwing it into the ring.

If someone’s presidential ambitions are considered “the worst-kept secret in Washington,” then they’re doing a great job.

Take Sen. Rand Paul (R – Ky.), for instance. His name has been on the short list of Republican hopefuls looking to take on the presumptive Hillary Clinton juggernaut in 2016 for years, but he’s been conspicuously mum on his designs for the Oval Office. This reticence to say anything about what he plans on doing almost exactly two years from now is probably why this election night tweet was deleted three seconds after it was sent out from the senator’s official account.

The tweet was captured for posterity thanks to Politiwhoops, a service of the Sunlight Foundation that automatically logs every single tweet send out and then deleted by an American politician.

Crowd goes wild for @SenRandPaul. Cheers for him to run for president

In a recent McClatchy-Marist poll, Paul recieved support of 13 percent of respondents to take the GOP nomination—putting him at about tied with Congressman Paul Ryan (R – WI) and two points behind former Florida Governor Jeb Bush.