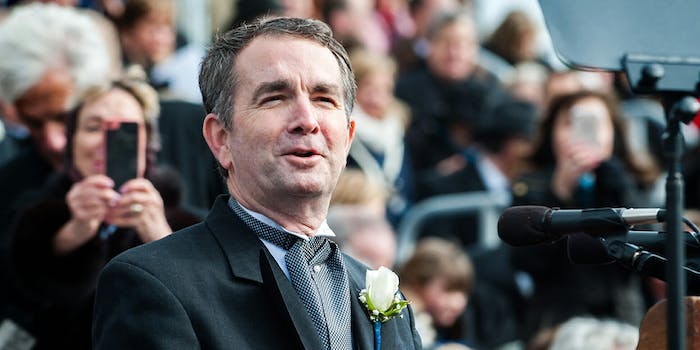 It’s not clear if Ralph Northam is in racist yearbook photo, investigators say

Northam has faced criticism since the yearbook photo surfaced earlier this year.

Investigators said on Wednesday that they could not determine whether Virginia Gov. Ralph Northam (D) was in a racist photo in his 1984 medical school yearbook.

Eastern Virginia Medical School held a press conference today to announce their findings. The school hired a law firm to conduct an independent investigation in the wake of the scandal.

Northam has faced criticism and calls to resign—since the yearbook photo surfaced in February, and has denied that he was in the photo. However, while denying he was in the photo in question, he did admit to wearing blackface during a concert in 1984.

The Washington Post reports that the Eastern Virginia Medical School interviewed classmates, but could not determine whether Northam was in the yearbook photo.

NEW: The Eastern Virginia Medical School could not "conclusively determine" whether or not Governor Ralph Northam is one of the individuals depicted in a racist photo on his 1984 yearbook page

JUST IN: Investigation into a racist photo featured in Gov. Ralph Northam's 1984 yearbook was unable to "conclusively determine" it was the Virginia governor in the image https://t.co/vtRX01fk7h pic.twitter.com/jk2Rr8EZoK

In the press conference, investigators said they did find numerous instances of offensive content in Eastern Virginia Medical School yearbooks throughout Northam’s time there.

The photo shows a person in blackface and another person in a Ku Klux Klan robe. You can read all of the Washington Post‘s report here.