Ralkina Jones was arrested for allegedly attacking the man who violently abused her for years. Then she died in a jail cell.

By all accounts, Ralkina Jones was a survivor of domestic violence so extreme that she was left with a brain injury and had to be medicated for seizures.

After Jones was found dead in a Cleveland jail cell on July 26, the public questioned why she had even been arrested in the first place for allegedly assaulting the ex-husband who abused her. But it is a bodycam video of Jones telling officers “I don’t want to die in your cell” just hours before her death which has resulted in protests and public outcry.

Today, the Cuyahoga County Medical Examiner’s Office released a detailed autopsy report showing Jones had an extensive list of injuries—bruises, contusions, and scarring—and that the cause of death was a heart attack stemming from postural tachycardia syndrome. That’s the exact health condition Jones was describing to police in the video, begging them to take her health conditions seriously and supply her with medication and medical care.

Jones also described her abuse at the hands of her ex, saying, “I have a brain injury. My ex-husband put four holes in the wall. You can ask the detective at that time—was Fifth District. Then he…hung me and went to jail for asphyxiation…a whole bunch of stuff. He does the same thing every time.”

Jones appears sleepy and disoriented in the video as she describes a horrifying history of physical abuse. The officer is the video then says, “I don’t want to cut you off, but the important thing is what medication were you having, because Xanax withdrawal is bad.”

Later in the video, as the police attempt to sort through Jones’ medication, she says, “My main concern is my post syndrome, which is a tachycardia syndrome. When I go from a sitting or standing position, I faint. But that’s just one side of it. The other side is the concussions to my brain and my brain aneurysm.”

Lynn Nugent is named in the video as Jones’ domestic violence advocate. At that point in the video, the officer says that Jones can talk to the on-site advocate and Jones says, “I am a victim.” She also tells the officers that her 11-year-old daughter has witnessed the abuse.

The Daily Dot reached out to the Cuyahoga County Witness/Victim Service Center to confirm that Jones was a client in the domestic violence program, and will update this article when a response is received.

Police records show that Ralkina Jones was arrested on June 24 after her ex-husband, Brandon Jones, said that she smashed his car windows with a tire iron and then attacked him with the tool before then getting into her car and attempting to run him over.

The Daily Dot obtained court records proving Jones’ assertion that she was a victim of severe domestic abuse at the hands of her ex. According to records at the Cuyahoga County Clerk of Courts’, Brandon Jones was arrested on June 16, 2014—almost exactly one year prior—and charged with criminal counts of domestic violence, attempted felonious assault, and kidnapping. Brandon Jones pled guilty to the DV charge and was sentenced and jailed, but released that September.

Brandon Jones was also charged with domestic violence in a November 2011 municipal court case that was dismissed and bound over, and again with criminal attempted domestic violence one month later—to which he pled guilty. 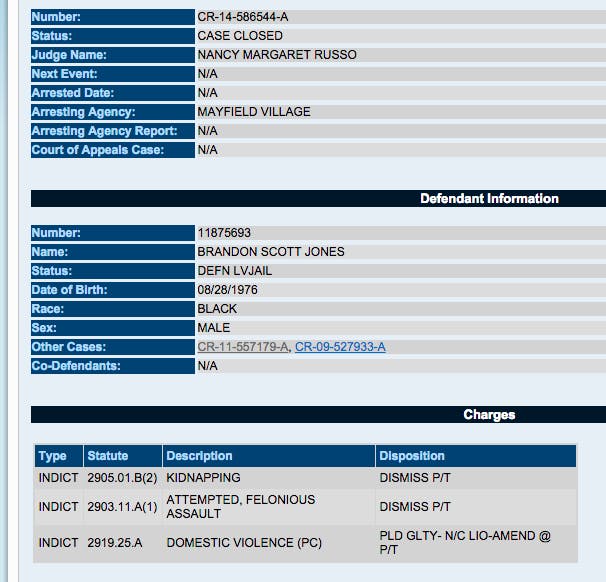 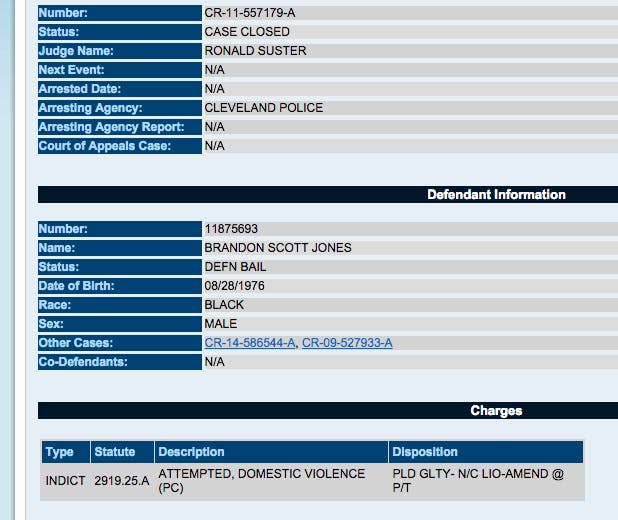 According to the medical examiner’s autopsy report, Jones had multiple scars on her face, abdomen, back, and left wrist. Her body had contusions under one eye, on the upper left arm, upper back, forearms, and fingers. A toxicology report found traces of oxycodone, antidepressants, and amphetamine medications in her system. 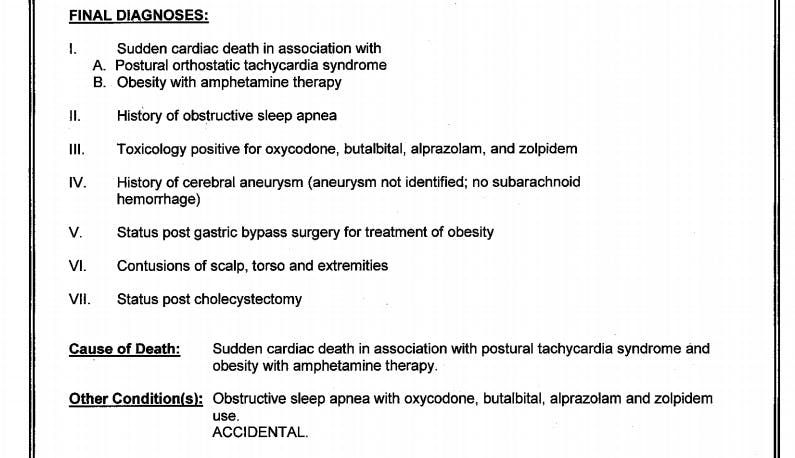 In August, Jones’ sister Renee Ashford told the Daily Mail that the family wasn’t informed of any of the details surrounding Jones’ death: “We’re having to find out everything…through the media.”

‘That was the first time my sister had ever been in a jail cell and she didn’t deserve to die in there,” Ashford told the Daily Mail. “The family are trying to get together and just get the cries out, because we’re going to have to put our armor on and fight for her soon.”

According to the National Domestic Violence Hotline, intimate partner violence affects more than 12 million people each year and can cause severe PTSD in survivors, with symptoms ranging from anger and rage, to physical health conditions such as increased risk of heart attack. In addition, the vast majority (76 percent of females aged 25 to 34) of victims were previously victimized by the same abuser. The Centers for Disease Control estimates that the cost of domestic violence to the U.S. is $5.8 billion per year.

Update 2:42pm CT, Nov. 13: This piece was updated with statistics about domestic violence, as well as with information about the arrests of Brandon Jones and Ralkina Jones.