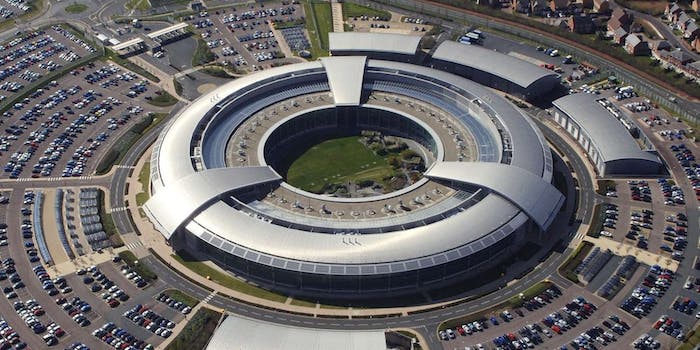 QuakeNet says the government's actions "lower themselves to that of the criminals they are abusing."

In the wake of new documents released by Edward Snowden yesterday, QuakeNet, one of the largest Internet Relay Chat (IRC) networks online, is calling the monitoring and “assaults” on IRC networks by a British intelligence agency “grossly hypocritical.”

“Their actions lower themselves to that of the criminals they are abusing,” the press release reads,”most of whom are overly eager teenagers.”

QuakeNet, which operates out of both Europe and the United States, is urging the British government in particular to “initiate an immediate and thorough public investigation into the actions of the  and to assure users, companies and communities who rely on the Internet that they are safe from being accidentally targeted by the broad, oppressive and legally grey hammer of agencies under their control.”

QuakeNet has operated for 17 years as a home for discussion focused around gaming and esports.

A GCHQ spokeswoman says the agency’s activities were overseen and authorized, but critics like QuakeNet call it “hypocritical.”

“There is no legislation that clearly authorises GCHQ to conduct cyber-attacks,” Campaign group Privacy International’s head of research Eric King told the BBC.

“So, in the absence of any democratic mechanisms, it appears GCHQ has granted itself the power to carry out the very same offensive attacks politicians have criticised other states for conducting.”

“These attacks bring down the IRC network entirely affecting every user on the network as well as the company hosting the server,” QuakeNet’s release said.

“The collateral damage and numbers of innocent people and companies affected by these forms of attack can be huge and it is highly illegal in many jurisdictions including the UK under the Computer Misuse Act.”

The DDoS attacks, which affect not just the specifically targeted chat rooms and networks, but also any other websites hosted on the same servers or Internet Service Provider, are at the heart of what critics like QuakeNet are calling “prosecutable.”

“Many of the charges being thrown at IRC users associated with the Anonymous movement are now clear to be identical to the actions of the agency itself,” QuakeNet’s staff wrote.

While some of the very hacktivists being targeted are charged with conducting DDoS attacks, the GCHQ is issuing the same attacks against IRC networks “who may be unaware of the actions of a tiny subset of their users,” the group said.

“Actions, that if such intelligence agencies were not given total impunity, would be prosecutable and result in the multi-year incarcerations of their agents that we have seen of Internet users.”

Jason Healy, George W. Bush’s top cybersecurity official, called the British government’s DDoS attack on Anonymous “silly,” according to NBC News, adding it was a tactic that should only be used against another nation-state.

Photo via UK Ministry of Defence/Flickr